Potential Traps in a Medical Practice Sale or Purchase 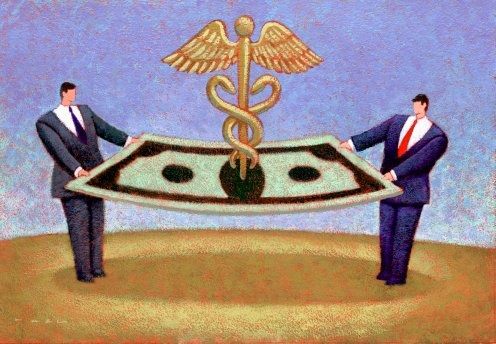 Even in today’s relatively difficult healthcare environment, we are still seeing many medical and dental practices being sold.  Some of the sales are to other doctors.  Some of the transactions relate to an acquisition by a hospital or other larger organization.

Most people do think about and negotiate some of the obvious points.  These relate to things such as price and payment terms, whether and how the Seller doctors will be employed by the Purchaser, and when the Closing will take place.  This article will focus on some of the less obvious things which are not given a lot of focus until late in the game, if at all.  Too often, failure to address these points can cause serious, unforeseen, problems.

What Is And Is Not Included?

Oftentimes I am reviewing documents which do not set forth clearly what is and what is not part of the sale.  For example, are all assets of the Practice being transferred to the Purchaser?  This relates to both tangible and intangible assets.  Every deal is different and certainly subject to negotiations.  However, it is not unusual for the Seller’s cash and accounts receivable to not be part of the transfer.  Many Sellers also have certain Practice assets which they would like to retain.  Included among those might be things such as automobiles, diplomas, art work, collectibles, and items of “sentimental value.”  In addition to being very clear in defining what assets are part of the transaction, it is imperative that the documentation clearly set forth what, if any, debts, equipment leases, maintenance contracts, yellow page listing costs, personnel obligations (for example, unused paid time off, retirement plan obligations, and the like) will be assumed by the Purchaser going forward.  The key is to be very clear in the agreements so that there is no confusion as to exactly what is and is not being transferred by the Seller to the Purchaser and exactly what obligations of the Purchaser the Seller is assuming.

The Devil Is In The Details

A very important role of a good attorney is to make sure that his/her clients clearly understand what it is they are executing.  Most people do not consider it a very exciting part of any agreement, but there are many potential traps in what the untrained eye might consider to be “legal mumbo jumbo.”  One example would be the portion of an Asset Purchase Agreement dealing with “Representations and Warranties.”  For example, a Seller may “rep and warrant” that it has had no litigation (be it malpractice or otherwise) over the past five years.  Too often, the Seller may gloss over that and not set forth all of such matters.  Such failure may open them up to problems and a potential argument by the Purchaser down the road that things were misrepresented.  Another aspect of such agreements, which take a lot of time and aggravation to complete fully and appropriately, are all of the Schedules and Exhibits of a contract.  This is mundane.  Some consider it boring.  However, before signing on the dotted line be sure that what is signed is complete and correct to avoid unnecessary pragmatic and legal hassles and problems down the road.

A Closing date would be selected.  No matter what date is selected for Closing, some portions of the bills which will come in after the Closing will relate to activities when the Seller was the owner of the Practice.  Other such bills will relate to when the Purchaser was the owner of the Practice.  In addition, there often are certain expense items which the Seller may have “pre-paid” and which would benefit the Purchaser after the Closing.

Generally, neither party should try to “nickel and dime” the other for every last penny.  However, it is important that everyone clearly understands what the economic impact is of these type of activities.  The dollars involved should be shared by the parties.  Each item should be discussed.  When everything is on the table, the parties can then agree as to what, if any, economic adjustment should be made relative thereto.  One example relates to the fact that many Sellers agree to pay for all expenses relating to pre-Closing activities, even if the bill for those items comes in after the Closing.  As a general rule, the Purchaser will agree to pay all bills that relate to the activity after Closing.  Items such as utilities, supplies, and the like are good examples of this.

Pre-paid items might include things such as insurance and lease payments.  For example, if the Practice had a $5,000.00 per month lease payment, and the Closing was in the middle of a month, and the Seller had paid the full month’s rent for that month, usually the Purchaser would reimburse the Seller for one-half of the $5,000.00 ($2,500.00) to reflect its use of the office for one-half month.

It is also common for some patients who owe money to the Seller to also very quickly after the sale owe money to the Purchaser.  Well drafted Agreements will set forth a defined mechanism for determining where the money gets allocated upon payment.  There is no issue if it is clear from the payor (for example, an insurance company payment or a patient’s payment which is clearly designated for a particular service).  If a patient makes a partial payment and does not clearly designate as to what service this is to be applied or the amount of the payment is not clearly applicable to any particular service that has been provided, a well thought out document would provide how that would be allocated among the parties.  Some go with a “first-in first-out” approach.  In others, “a not clearly designated payment” would first be used to satisfy the oldest obligation.  Other people go the “last-in first-out” approach.  That would first designate the payment towards the most current unpaid service provided.  The key here is to discuss things and clearly set forth whatever is agreed to in the documentation.

It is not unusual for the parties to come to an agreement relative to the sale of the practice of medicine or dentistry, but then have major hang-ups regarding the related real estate.  This problem can arise either in a situation where the practice’s space is rented from an outsider or is owned by the Seller or an entity in which he has an equity interest.

If an outsider owns the reality in which the Practice is housed, issues relate to trying to get either a new Lease with the Purchaser or an assignment of the existing Lease between the Landlord and the Seller to the Purchaser.  Unfortunately, many a Landlord may try to cause real problems relative to any such assignment.  A lot depends on what the terms of the initial Lease itself are.  It can become a sticky issue if the Landlord is not required to allow an assumption of the Lease.  In such situations, the Landlord may try to keep the Seller with financial obligations relative to said Lease.  In those situations, it becomes imperative that the Seller receive legal protections and indemnifications from the Purchaser.

If the owner of the building is the Seller or a related entity of the Seller, we have often found that it is more difficult to negotiate the terms of a new Lease and/or sale of the real estate to the Purchaser than the actual sale of the Practice itself.  We were recently involved in a transaction whereby the purchase of the Practice had all been negotiated and agreed to.  The hangup related to the real estate.  The Purchaser was not comfortable buying a particular practice without controlling the real estate for a long period of time at a reasonable rental rate.  He also wanted the right to buy the real estate, at his option, within the next five years after Closing.  The Seller refused both requests.  With the real estate market and the general economy having the problems that are out there today, it has caused many a Purchaser to be much more concerned about how the space issues for the Practice will impact the economics of the Practice situation overall.