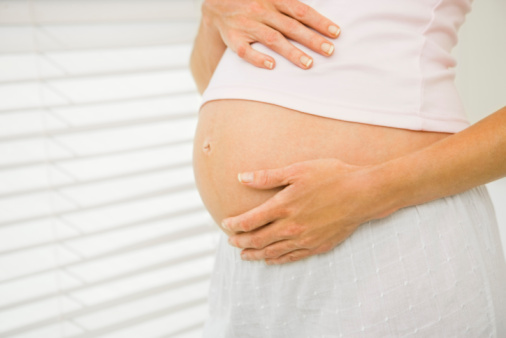 Not long ago, women with lupus were often told pregnancy was too risky. But new research confirms that when the disease is under control, women usually have healthy pregnancies and babies.

The study, of 385 pregnant women with lupus, found that 81 percent gave birth to a full-term, normal-weight baby.

It’s not always an easy road, though, the researchers found. And some women — including those with high blood pressure and symptom flare-ups during pregnancy — had higher risks of complications, including pregnancy loss and preterm delivery.

Black and Hispanic women also faced greater risks than white women, for reasons that are not fully clear, experts added.

The study, published in the June 23 online edition of Annals of Internal Medicine, reinforces what many doctors are already telling women with lupus: If you plan for pregnancy and get your symptoms under the best control possible, your chances of a healthy pregnancy are high.

Still, that confirmation was needed, said Dr. Bevra Hahn, who wrote an editorial published with the study.

“The teaching that disease activity is an important harbinger of poor [pregnancy] outcomes was not universally accepted before this study, because of the limitations of prior [research],” said Hahn, a rheumatologist at the University of California, Los Angeles, Medical Center.

“This study puts the matter to rest,” she said.

Lead researcher Dr. Jill Buyon agreed. “We’ve come to a time where we’re telling women with lupus, ‘Yes, you can become pregnant,'” she said. “This study provides reassurance that we’ve been doing the right thing.”

But just as important, Buyon added, the findings give a clearer picture of which women are at greater risk of pregnancy complications.

According to Buyon, that doesn’t mean a woman with a risk factor should not become pregnant — but that she and her doctor should be prepared.

“We’ll be able to use this information for counseling patients,” said Buyon, who directs the rheumatology division at NYU Langone Medical Center, in New York City.

In lupus, the immune system attacks the body’s own tissue, and the onslaught can have widespread effects — damaging the skin, joints, heart, lungs, kidneys and brain. The disease mostly strikes women, usually starting in their 20s or 30s.

Treatment includes immune-suppressing drugs and other medications to control symptoms, which range from fevers and joint pain, to extreme fatigue, to depression and memory problems. Even with treatment, though, people with lupus often have symptom flare-ups.

“Twenty years ago, if a woman with lupus asked her doctor if it was safe to become pregnant, the doctor would probably say it’s too dangerous,” Buyon said.

The concern was both that pregnancy would exacerbate a woman’s symptoms and that her baby would be at risk. In recent years, though, doctors have learned that with the right care, women often have a healthy pregnancy.

The new study, done at eight U.S. and one Canadian medical center, is the largest one yet to follow pregnancy outcomes for women with lupus.

Overall, 19 percent of the women had an “adverse outcome,” such as stillbirth, preterm delivery or an underweight baby. But the risk varied depending on several factors.

The strongest risk factors were using blood pressure drugs or having antibodies called lupus anticoagulants, which can cause blood clots. Those women were seven to eight times more likely to have a pregnancy complication, versus other women.

In addition, while most women did not have lupus flare-ups during pregnancy, those who did faced a higher complication risk.

When it came to race, black and Hispanic women had higher risks: 27 percent and 21 percent, respectively, had some type of pregnancy complication.

Buyon said the reasons for the racial difference are unclear, but access to health care probably does not explain it, since all study patients were receiving care.

Hahn said she suspects genetic influences play a role — though environment, like diet or exposure to pollution, could also be at work.

As for the other risk factors, Buyon said more research is needed. She did stress, though, that in the case of high blood pressure drugs, it’s the underlying condition that threatens a healthy pregnancy.

She and Hahn both advised women with lupus work with their doctor in advance of becoming pregnant, to make sure their disease is under control. Certain lupus medications also have to be stopped before pregnancy.

Once a woman becomes pregnant, Buyon said, both her rheumatologist and a maternal-fetal medicine specialist — or obstetrician who specializes in “high-risk” pregnancy — should be involved.

“Be sure your doctor knows how your lupus is doing, and that you keep [the disease] as quiet as possible,” Hahn said. “Watch your blood pressure and communicate about it. Be sure your lupus anticoagulant has been measured, and discuss the various strategies you might choose with your doctor.”

Anti-clotting medications, such as low-dose aspirin, may be an option for women with lupus anticoagulant.

The Lupus Foundation of America has more on lupus and pregnancy.
Copyright © 2015 HealthDay. All rights reserved.