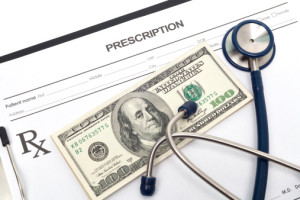 What may have started with good intentions has gone too far and is now off-course. According to the Pennsylvania Medical Society, Medicare’s Recovery Audit Contractors (RAC) are detracting from care instead of helping to financially preserve it.

“The one thing Pennsylvania physicians from every part of the state tell us is that the RAC process is starting to get out of control and lacks transparency,” says Karen Rizzo, MD, president of the Pennsylvania Medical Society.  “We understand why it was started, but the pendulum has swung too far and is now off-course.”

The problem, according to Dr. Rizzo, is that the audit system has become a “witch hunt.” The Office of Inspector General (OIG) found that nearly half of the audits that are appealed by providers are overturned by Medicare judges in favor of the provider.

Currently, Medicare pays privately owned and operated RACs on a contingency basis to find overpayments to health care providers, providing these contractors with undue monetary incentives to audit physicians.   A physician practice may spend a significant amount of hours collecting information necessary for a Medicare RAC audit.  If over half are overturned anyway, there could be a huge savings from getting the RAC process back on course and changing the way contractors are paid and reward them for finding valid errors.

“Medicare fraud must be stopped, but the current audit system is out-of-control and requires good doctors to spend too much time defending themselves when their time is better spent helping patients,” says Dr. Rizzo, a practicing otolaryngologist in Lancaster. “Furthermore, the money spent to defend is money that doctors would rather put into delivering patient care.”

In Washington, legislation titled “The Fair Medical Audits Act of 2015” has been introduced in the House of Representatives. Among many parts of HR 2568, it would promote provider education to prevent inadvertent mistakes while also increasing RAC accountability for inaccurate audit findings. The bill would also improve the Claim Review Process by requiring RACs to have appropriate knowledge and experience requirements.