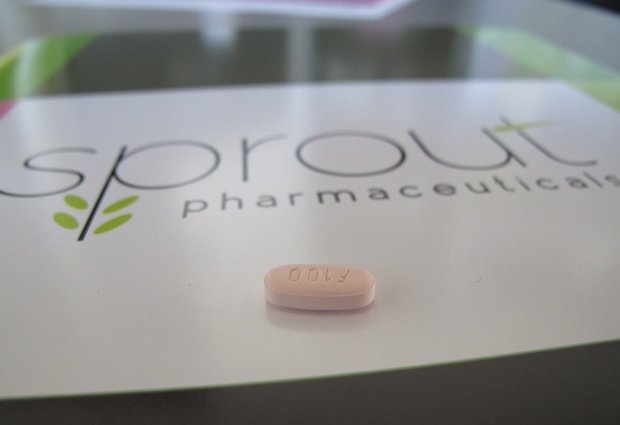 A federal advisory committee Thursday recommended the approval of the drug flibanserin to treat a lack of sexual desire in women.  The drug is being called a female version of Viagra.

More technically, flibanserin, is expected to be approved for the treatment of hypoactive sexual desire disorder (HSDD) in premenopausal women whose condition is not attributable to other causes such as disease or relationship problems.

“There is never going to be a pill for women as universally effective as Viagra is for men,” said Laura Berman, PhD, Clinical Prof. of OB/GYN & Psychiatry at Northwestern’s Feinberg School of Medicine. “However, this will help many, many women and start a conversation about sexual health.”

An aggressive online campaign called Even The Score was launched last year to campaign for women’s sexual health equality.  According to the organization — backed by the American Sexual Health Association, The Institute for Sexual Medicine, among many others — argued on eventhescore.org that “there are 26 FDA approved drugs to treat various sexual dysfunctions for men (41 if you count generics!), but still not a single one for women’s most common sexual complaint.”

Flibanserin, which affects the level of serotonin and dopamine, had twice been rejected by the FDA.  But after intense lobbying led by Even The Score, the advisory committee this time voted 18-6 to approve the drug.  The FDA usually follows the recommendations of the committee and will vote for approval of the drug on August 18.

“Today, we write a new chapter in the fight for equity in sexual health,” said Susan Scanlan, chairwoman of Even the Score.

The approval vote was closer than the result. Trials of flibanserin, produced by Sprout Pharmaceutical, resulted in increased sexual experience for 53 percent of women while 37 percent experienced similar results with placebo.  The difference was not as significant as those found in male enhancement drugs.  According to MedPage Today:

Michele Orza, ScD, the panel’s acting consumer representative and a senior adviser at the Patient-Centered Outcomes Research Institute, in Washington, voted against approving the drug. Orza called the treatment effect “minimal” or “marginal at best” and said she worried that as the FDA considers future products it will find that the standard is “too low and problematic.”

But there may have been other factors with this vote. Previously, flibanserin “had been denied due to politics,” said Berman. Even The Score had successfully shown the discrepancies between male and female sexual dysfunction and the treatments available for each gender:

Some experts are wary of the drug due to side effects including low blood pressure and fainting.  Others caution that female sexual dysfunction is more a mental health issue than a medical issue.

While it may not be a panacea for all women’s sexual issues, “but it is a step in the right direction to understand the complexities of women’s sexuality.”