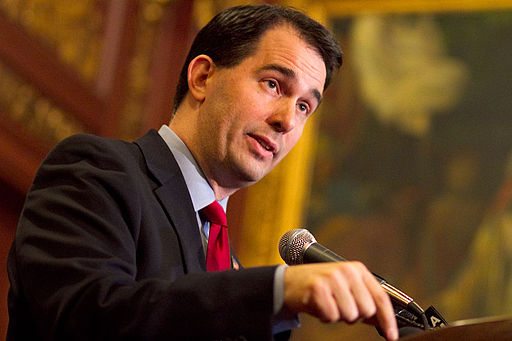 Wisconsin Gov. Scott Walker this week said he would sign a bill to ban all abortions after 20 weeks of pregnancy regardless of incest or rape.  Walker believes that a fetus can feel pain at 20 weeks, at which time it is “rational and reasonable” to ban all abortions.

“It’s an unborn child, that’s why we feel strongly about it,” Walker said.

Walker’s ‘belief’ of when pain begins actually made it into Wisconsin Assembly Bill 237:

“Whether you’re pro-life or not, that’s a good time to say that shouldn’t be legal after a time when an unborn child can literally feel pain,” Walker told reporters.

However, the medical community does not necessarily agree with the Wisconsin legislature.

“Fetuses aged 24 weeks or less do not have the brain connections to feel pain,” according to a study by the Royal College of Obstetricians and Gynaecologists (RCOG) in London. “It is only after birth, with the separation of the baby from the uterus and the umbilical cord, that wakefulness truly begins.”

The bill also suggests that in the case of a medical emergency to the mother, any attempt to terminate the pregnancy must be done while providing the best opportunity for the fetus to survive.  Basically, doctors can only perform the abortion if the unborn child lives.

When the unborn child is considered capable of experiencing pain and the pregnant woman is undergoing a medical emergency, the physician shall terminate the pregnancy in the manner that, in reasonable medical judgment, provides the best opportunity for the unborn child to survive.

There is one more twist to the Wisconsin bill.  Fathers of the fetus in question would have the right to sue the attending physician — and the mother — for “damages for personal injury and emotional and psychological distress.”

Huffington Post reports that “6 of the 11 states that currently ban abortion at 20 weeks postfertilization — Alabama, Arkansas, Idaho, Kansas, Nebraska and Oklahoma — have similar language tucked into their respective laws that allow the parents to sue a doctor who performs an abortion after that point.”

In the landmark case Roe v Wade, however, the Supreme Court said that states can not ban abortions prior to viability outside of the womb, which occurs between 22 and 24 weeks of pregnancy.

The bill is expected to go to vote today.