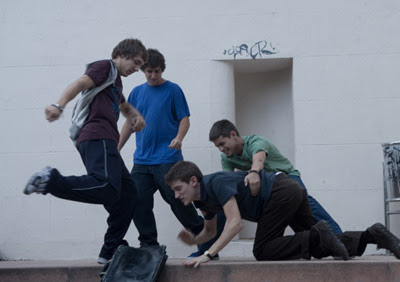 (HealthDay News) — Young teens who are bullied appear to be at higher risk of depression when they reach early adulthood, according to new research.

“We found that teenagers who reported being frequently bullied were twice as likely to be clinically depressed at 18 years,” said Lucy Bowes, a researcher at the University of Oxford in England, who led the research.

The researchers found an association, not a definitive cause-and-effect relationship, Bowes said. “In our type of study, we can never be certain that bullying causes depression,” she explained. “However, our evidence suggests that this is the case.”

To explore the possible link, the investigators used data on nearly 4,000 teens in the Avon Longitudinal Study of Parents and Children, a community-based group born in the United Kingdom. At age 13, all completed a questionnaire about bullying. At 18, they were assessed for depression.

Among the bullying tactics, name calling was the most common type, experienced by more than one-third of the teens. About one of four had their belongings taken. About 10 percent were hit or beaten up. Most never told a teacher and up to half didn’t tell a parent. But up to three-quarters did tell an adult if the bullying was physical, according to the study published in the June 2 online edition of the BMJ.

Bowes noted that other studies have found the same bullying-depression link. If it does prove to be a causative factor, she added, bullying may account for 30 percent of those who develop depression in early adulthood.

In addition, the link held even when factors such as mental and behavioral problems and stressful live events were taken into account, Bowes said.

The research did not look at why bullying might increase the risk of depression or why some teens appear more vulnerable.

The study findings ring true in practice, said Gilda Moreno, a clinical psychologist at Nicklaus Children’s Hospital and Baptist Hospital in Miami, who reviewed the findings.

Children who are bullied over time may develop a ”learned helplessness,” she said. “It’s not having the skills to stand up to the bullying. That’s what may lead to the depression.”

Because bullied children often don’t tell their parents or teachers, Bowes said that parents need to be aware of potential signs. If a child is reluctant to go to school, parents should talk about why and ask about their relationships with friends, she suggested.

Bowes said parents should also believe their child if he or she complains about bullying, and follow up with the school administrators.

Loners are more likely than others to get picked on, Moreno added. Parents can encourage their kids to develop friendships, she said, to foster a kind of core support group.

To learn more about bullying, visit the U.S. Department of Health and Human Services.