The Gray Areas Of Physician-Assisted Suicide 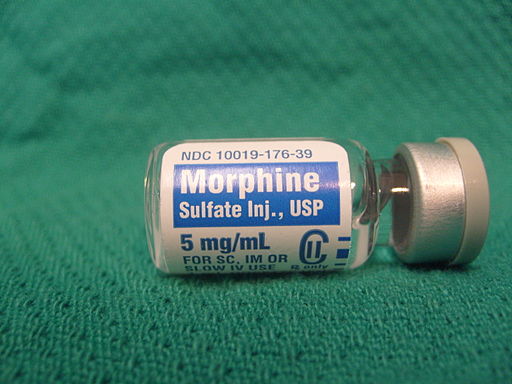 SAN FRANCISCO — Physician-assisted suicide is illegal in all but five states. But that doesn’t mean it doesn’t happen in the rest. Sick patients sometimes ask for help in hastening their deaths, and some doctors will hint, vaguely, how to do it.

This leads to bizarre, veiled conversations between medical professionals and overwhelmed families. Doctors and nurses want to help but also want to avoid prosecution, so they speak carefully, parsing their words. Family members, in the midst of one of the most confusing and emotional times of their lives, are left to interpret euphemisms.

That’s what still frustrates Hope Arnold. She says throughout the 10 months her husband J.D. Falk was being treated for stomach cancer in 2011, no one would talk straight with them.

“All the nurses, all the doctors,” says Arnold. “everybody we ever interacted with, no one said, ‘You’re dying.'”

Until finally, one doctor did. And that’s when Falk, who was just 35, started to plan. He summoned his extended family. And Hope made arrangements for him to come home on hospice.

‘I Couldn’t Ask Anybody’

The day her husband was discharged from the hospital, Arnold was dropping off some paperwork when she bumped into one of his doctors.

“He hugged me and asked me how I was holding up,” she says. “And then he handed me a bottle of liquid morphine. He said, ‘You might need it.'”

Arnold says she handed the bottle back. She told the doctor the hospice was going to bring a machine that would administer Falk’s pain medication automatically.

She slipped the vial into her purse.

“When I got home, it hit me like a ton of bricks,” Arnold remembers. “And I said to J.D., ‘I think he may have given this to me so I can give you an overdose.’ And he said, ‘Maybe.’ And then we didn’t talk about it anymore.”

Over the next couple days, Falk deteriorated quickly. Arnold says the hospice nurse offered another euphemism: “He said, ‘He’s showing signs of imminence.'”

Arnold worried that Falk was in a lot of pain. But she couldn’t tell. She was afraid that if she asked, it would betray the thoughts she was having about that extra vial of morphine.

If Arnold could have asked Stanford medical ethicist David Magnus, he could have explained what assisted suicide is – and what it isn’t. It is legal for people to take or give large doses of narcotics to relieve pain, even if a known side-effect is that it may hasten death.

In the end, Arnold didn’t do anything with the extra vial of morphine, and her husband died within days of coming home on hospice.

“J.D. never told me, ‘I do want you to give me too much morphine,'” she says. “Actually, I don’t know whether or not he wanted that. That’s not the point. The point was nobody could talk about it.”

People don’t talk about it, but it happens. Just over 3 percent of U.S. doctors said they have written a prescription for life-ending medication, according to an anonymous survey published in the New England Journal of Medicine in 1998. Almost 5 percent of doctors reported giving a patient a lethal injection.

Other studies suggest oncologists, and doctors on the West Coast, are more likely to be asked for life-ending medication, or euthanasia, in which the doctor administers the lethal dose.

“Those practices are undercover. They are covert,” says Barbara Coombs Lee, president of Compassion & Choices, an advocacy group. “To the degree that patients are part of the decision-making, it is by winks and nods.”

Coombs Lee’s organization helped tell the story of Brittany Maynard, a 29-year-old woman who moved from California to Oregon to be able to end her life legally after she was diagnosed with a brain tumor. Now the organization is backing legislation in California to make it legal for doctors to prescribe lethal medication to terminally ill patients who request it.

“We talk with people about how they might broach the subject with their physicians,” she says, “and quite frankly, how to play the wink-and-nod game in a way that doesn’t jeopardize their physician.”

It’s a game one San Francisco woman is all too familiar with. (KHN and KQED are withholding her name at her request to protect her privacy.) She lived in San Francisco during the 1980s and watched one friend after another die of AIDS.

“The guys would have fungus everywhere,” she recounts. “Horrible diarrheas, emaciation. It looked like concentration camp pictures.”

A lot of her friends begged for lethal drugs to end their suffering, and she and the other caregivers figured out which doctors were willing to help. The caregivers coached each other on how to speak to the doctors in code.

“We would tell each other, ‘This is the doctor,'” she says. “‘They’re going to tell you how much is too much to give, and then they’re going to give you too much.'”

Though she witnessed many deaths hastened in this way, she says she never administered the drugs herself. Her time would come 20 years later when her husband was dying of throat cancer.

Some of his symptoms were brutal.

“It was like a horror movie,” she says, recalling the tumors all over his neck. They would fill with blood, she says, and sometimes burst.

“There’d be blood on the walls, on the mirror, everywhere,” she recounts, “And he’d be panicking.”

They were warned his death might be ugly. He might choke. He might have a seizure. More than anything, she says, he was afraid of dying in a hospital, hooked up to machines, powerless.

At one point, he threatened to shoot himself to avoid that. A nurse dropped hints that there was a different way.

“I remember being told, here’s how much pain meds you can give,” she says, “but beyond this, he’ll probably stop breathing.”

Her husband made it clear to her that this was the way he wanted to go. Several times, she says, he reviewed the instructions with her.

Months later, he slipped into a coma. When the nurse said he looked like he was a day, maybe hours, away from dying, it seemed like another hint.

“And I remember standing there with syringes in my hand. Just standing there, with my hands shaking,” she says. She remembers thinking, “Okay, what goes with what?’ And I was all alone. And that was about the most alone I’ve ever felt. That I couldn’t tell anybody else.”

She injected the drugs. Then she crawled into bed with him and held him and talked to him for the next six hours.

“And he literally died in my arms. I was holding him when he stopped breathing. And it was really peaceful. He just sort of drifted away.”

For years, she had nightmares about holding the syringes, but today she is confident that she did the right thing. Her husband’s death was calm and peaceful and exactly what he’d asked for. But she resents that she was the one who had to do it, that she had no help and no real guidance from a medical professional.

“I don’t regret it, but I wouldn’t wish it on anybody else. It’s not fair. It’s not right,” she says. “It’s not like choosing to die doesn’t happen. We just make it be sneaky and we put it on the wrong people.”

This story is part of a reporting partnership that includes KQED, NPR and Kaiser Health News, a nonprofit national health policy news service. Photo by Vaprotan via Wikimedia Commons.