Parents: Your Youth Athlete Kid Is Not Going Pro 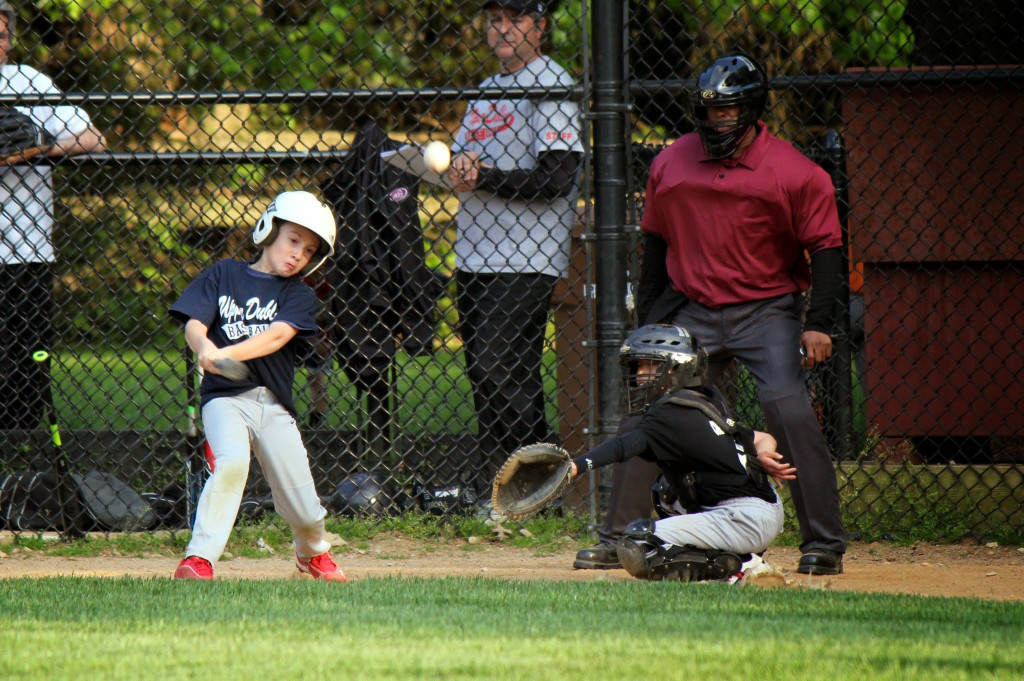 Now tell me again how good he is. I’ll lay you two to one odds right now — and I don’t even know your kid, I have never even see them play — but I’ll put up my pension that your kid is not playing in the pros. It is simply an odds thing. There are far too many variables working against your child. Injury, burnout, others who are better — these things are just a fraction of the barriers preventing your child from becoming “the one.”

1. When I inform you as a parent that your child has just ruptured their ACL ligament or Achilles tendon, if the next question out of your mouth is, “How long until he or she will be able to play?” you have a serious problem.

2. If your child is knocked unconscious during a football game and can’t remember your name let alone my name but you feel it is a “vital” piece of medical information to let me know that he is the starting linebacker and that the team will probably lose now because he was taken out of the game, you need to see a counselor.

3. If I tell you that mononucleosis has caused the spleen to swell and that participation in a contact sport could cause a life threatening rupture and bleeding during the course of the illness and you then ask me, “If we just get some extra padding around the spleen, would it be OK to play?” someone needs to hit you upside the head with a two by four.

4. If your child comes in with a blood alcohol level of .250 after wrecking your Lexus and you ask if I can hurry up and get them out of the ER before the police arrive so as not to run the risk of her getting kicked off the swim team, YOU need to be put in jail.

I bet you think I’m kidding about the above patient and parent interactions. I wish I were, but I’m not. These are a fraction of the things I have heard when it comes to children and sports. Every ER doctor in America sees this. How did we get here? How did we go from spending our family times in parks and picnics, at movies and relatives houses to travel baseball and cheerleading competitions? When did we go from being supportive to being subtly abusive?

Why are we spending our entire weekends schlepping from county to county, town to town, state to state to play in some b…s… regional, junior, mid-west, southeast, invitational, elite, prep, all- state, conference, blah, blah, blah tourney? We decorate our cars with washable paint, streamers, numbers and names. We roll in little carpool caravans trekking down the interstate honking and waiving at each other like Rev. Jim Jones followers in a Kool-Aid line. Greyhounds, Hawks, Panthers, Eagles, Bobcats, Screaming Devils, Scorching Gonads or whatever other mascot adorns their jerseys.

Somewhere along the line we got distracted, and the practice field became the dinner table of the new millennium. Instead of huddling around a platter of baked chicken, mashed potatoes and fruit salad, we spend our evenings handing off our children like 4 x 200 batons. From baseball practice to cheerleading, from swimming lessons to personal training, we have become the “hour-long” generation of five to six, six to seven, and seven to eight, selling the souls of our family for lacrosse try-outs. But why do we do this?

It’s because, just like everyone else, we’re afraid. We are afraid that Emma will make the cheerleading squad instead of Suzy and that Mitch will start at first base instead of my Dillon. But it doesn’t stop there. You see, if Mitch starts instead of Dillon then Dillon will feel like a failure, and if Dillon feels like a failure then he will sulk and cower in his room, and he will lose his friends because all his friends are on the baseball team, too, and if he loses his friends then he will start dressing in Goth duds, pierce his testicles, start using drugs and begin listening to headbanging music with his door locked. Then, of course, it’s just a matter of time until he’s surfing the net for neo-Nazi memorabilia, visiting gun shows and then opening fire in the school cafeteria. That is why so many fathers who bring their injured sons to the ER are so afraid that they won’t be able to practice this week, or that he may miss the game this weekend. Miss a game, you become a mass murderer — it’s that simple.

Suzy is a whole other story, though. You see, if she doesn’t make the cheerleading squad she will lose a whole bunch of friends and not be as popular as she should (and she’s REAL popular). If she loses some friends, she will be devastated — all the cool kids will talk about her behind her back, so then she’ll sit in her room all day, eating Ding Dongs and cutting at her wrists. Then, of course, it is only a matter of time until she is chatting on the Internet with fifty-year-old men and meeting up with them at truck stops. And that is why every mother is so frightened when her daughters have mononucleosis or influenza. Miss cheerleading practice for a week, and your daughter is headed for a career in porn. It’s that simple.

We have become a frightened society that can literally jump from point A to point Z and ignore everything in between. We spend so much time worrying about who might get ahead — and if we’re falling behind — that we have simply lost our common sense. Myself included.

I know, I know. Your family is different. You do all these things because your kid loves to compete, he loves the travel basketball, she loves the swim team, it’s her life, it’s what defines him. Part of that is certainly true but a big part of that isn’t. Tens of thousands of families thrive in this setting, but I’m telling you, from what I’ve seen as a clinician, tens of thousands don’t. It is a hidden scourge in society today, taxing and stressing husbands, wives, parents and children. We’re denying children the opportunity to explore literally thousands of facets of interests because of the fear of the need to “specialize” in something early, and that by not doing this your child will somehow be just an average kid. How do we learn to rejoice in the average and celebrate as a whole society the exceptional? I’m not sure, but I know that this whole preoccupation is unhealthy, it is dysfunctional and is as bad as alcoholism, tobacco abuse, or any other types of dependency.

I would love to have a son that is a pro athlete. I’d get season tickets. And all the other fathers would point at me and I might get a chance to meet Sandy Koufax. It isn’t going to happen, though. But you know what I am certain will happen? I’ll raise self-reliant kids, who will hang out with me when I’m older, remember my birthday, care for their mother, take me to lunch and the movies, buy me club level seats at Yankee Stadium on occasion, call me at least four times a week and let me in on all the good things in their life, and turn to me for some comfort and advice for all the bad things. I am convinced that those things just will not happen as much for parents of the “hour-long” generation. You can’t create a sense of family only at spring and Christmas break. It just won’t happen. Sure, the kids will probably grow up to be adequate adults. They’ll reflect on how supportive you were by driving them to all their games and practices and workouts. They’ll call the ER from a couple states away to see how mom’s doing but in time you’ll see that something will be missing, something that was sacrificed for a piano tutor, a pitching coach, a travel soccer tournament. It may take years, but in time, you’ll see.

Dr. Louis M. Profeta is an Emergency Physician practicing in Indianapolis, Indiana. He is the author of the critically acclaimed book, The Patient in Room Nine Says He’s God. This article originally appeared on nuvo.net.