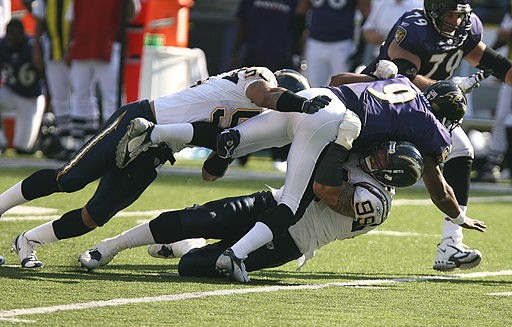 (HealthDay News) — National Football League players who suffered concussions serious enough to lose consciousness may be at risk for brain damage that can affect memory later in life, a new study suggests.

Specifically, concussions may damage the hippocampus, the brain’s memory center. For reasons that are not well understood, a concussion — particularly when accompanied by loss of consciousness — causes this area of the brain to shrink, which in turn causes memory problems, the researchers said.

“These findings serve as a potential risk factor for mental changes later in life,” said lead researcher Munro Cullum, a neuropsychologist at the University of Texas Southwestern Medical Center in Dallas.

“We don’t know how much the risk is increased,” Cullum said. “We also can’t predict who is going to have memory problems.”

Cullum noted that a concussion with loss of consciousness may increase the risk for memory problems beyond the normal risk associated with an aging brain.

The report was published online May 18 in the journal JAMA Neurology.

Dr. Robert Glatter, director of sports medicine and traumatic brain injury at Lenox Hill Hospital in New York City, said a concussion can damage the brain even if a player doesn’t lose consciousness.

“In addition, we are now beginning to understand that repetitive hits to the brain over time — without concussion or loss of consciousness — can be an important marker for mental impairment and memory loss and potentially other neurodegenerative disease such as dementia or Alzheimer’s,” he said.

Dr. Robert Duarte, a neurologist and concussion expert at North Shore-LIJ’s Cushing Neuroscience Institute in Manhasset, N.Y., agreed that losing consciousness isn’t necessary to cause brain damage that can lead to memory problems.

“We see that people who have several mild concussions over time also have a decrease in hippocampal volume,” he said.

In addition, the size of the hippocampus of former players without a history of concussion and loss of consciousness and those who never suffered a concussion or played football were similar.

The NFL has been criticized in the past for not taking concussions seriously enough, and not doing enough for retired players who suffer from mental decline due to injuries sustained on the field.

To blunt that criticism, the NFL recently hired Dr. Elizabeth Nabel, president of Brigham and Women’s Hospital in Boston, to be the league’s “first chief health and medical advisor.”

Speaking about the new study, NFL Senior Vice President for Health and Safety Policy Jeff Miller said, “We appreciate this study, particularly as it relates to the more comprehensive NFL-funded research directed by the National Institutes of Health.”

“This and other hypotheses will be tested as part of this investment in learning more about concussions,” he said.

Visit the American Association of Neurological Surgeons for more on concussion. 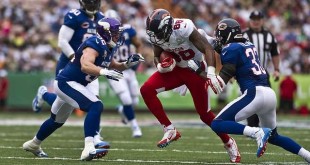