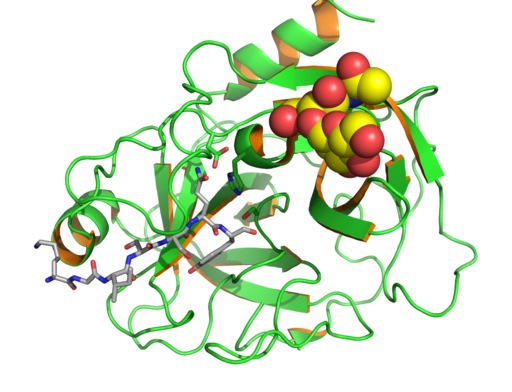 (HealthDay News) — Fewer American men are receiving prostate cancer screening in the wake of a national panel’s conclusion that the test does men more harm than good, a new study finds.

What’s more, primary care doctors appear to have broadly accepted the U.S. Preventive Services Task Force’s (USPSTF) ruling that the harms of prostate screening outweigh the benefits, according to a second study.

Both studies are scheduled for presentation Sunday at the annual meeting of the American Urological Association in New Orleans.

The overall rate of PSA testing dropped 50 percent at primary care clinics operated by Oregon Health & Science University (OHSU) after the task force recommended against such screening, findings from the first study show.

The test measures blood levels of a protein called prostate-specific antigen (PSA). Elevated PSA levels can be an indication of prostate cancer.

The urologists behind these studies fear that the task force’s recommendation will lead to more men dying of prostate cancer that could have been detected and treated.

“Primary care screening patterns have changed as a result of the USPSTF recommendation, and it’s not changed in a good direction,” said Dr. Ryan Werntz, a urologic surgeon and lead author of the Oregon study.

“I see a movement away from large-scale, thoughtless screening to much more focused, thoughtful screening, with informed decision-making going on between doctor and patient,” Brawley said.

The task force in May 2012 issued a final recommendation against using the PSA test to screen for prostate cancer.

Men with prostate cancer usually don’t die from their cancer, the panel concluded. On the other hand, surgery or radiation therapy to treat prostate cancer can lead to impotence or incontinence, significantly harming a man’s quality of life to cure a cancer that likely isn’t life-threatening.

The task force’s recommendation appears to have struck a nerve with primary care doctors who can make PSA screening a part of regular patient exams.

The decline was most pronounced in men aged 50 to 70, with PSA screening dropping from about 19 percent to 8 percent. “These are the men that are most likely to benefit from screening, and there was a 56 percent decrease in their PSA screening rate,” Werntz said.

However, no significant change in PSA testing occurred in men in their 40s or men older than 70, the researchers found.

Despite the controversy surrounding the task force recommendation, many Massachusetts doctors believe the panel made the right call, a survey found.

In addition, about one-third of the 73 physicians surveyed said PSA screening does not decrease a person’s chances of dying from prostate cancer.

“I think that is very telling about how primary care doctors feel about prostate cancer screening,” said Yates, who is an assistant professor of urology at the University of Massachusetts Medical School in Worcester.

Yates also found a lot of misunderstanding about the task force recommendation. A majority wrongly thought it also recommended against digital rectal exams for prostate cancer, and as a result more than one-third said they perform fewer rectal exams.

Yates said the USPSTF recommendation goes further than PSA testing guidelines issued by the American Urological Association and the American Cancer Society. Those groups note the concern over PSA testing, but suggest that doctors and patients talk about the pros and cons of prostate cancer screening and proceed from there.

“Urologists are concerned it will become a blanket application to all patients that they will not be screened at all, when what we want is a selective application targeted to specific patients,” Yates said.

Data and conclusions presented at meetings are usually considered preliminary until published in a peer-reviewed medical journal.

For more on the PSA test, visit the U.S. National Cancer Institute.

Copyright © 2015 HealthDay. All rights reserved. Image by E A S via Wikimedia Commons.