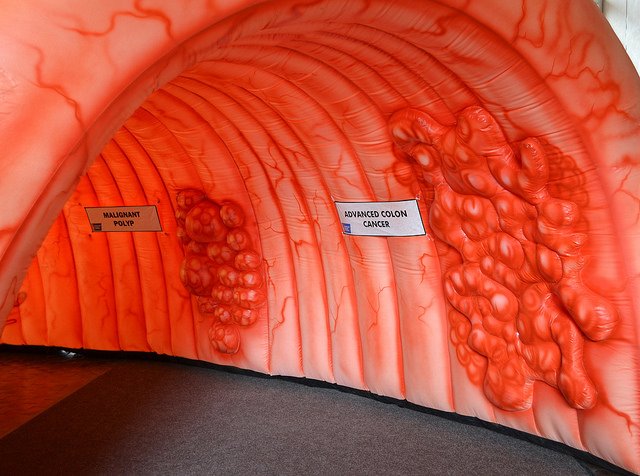 As a physician, one of the most difficult aspects of my job is battling a patient’s advanced, and sometimes fatal, disease knowing that it could have been easily identified earlier for a better health outcome.

Colorectal cancer is a perfect example. The disease is considered one of the most preventable, yet least prevented cancers.[1] While most people are aware of the American Cancer Society’s screening guidelines that call for men and women at average risk for the disease to begin screening at age 50, the sobering reality is that 23 million Americans simply do not get these often life-saving tests. As a result, colorectal cancer remains the second-leading cause of cancer-related deaths among both men and women today.

Colorectal cancer is too often found late in the game because the disease causes few symptoms until it has progressed. In fact, more than 60 percent of all cases are not identified until late-stage, when treatment is difficult and survival rates are a mere 12 percent. Conversely, with early detection, five-year survival rates can be greater than 90 percent. This is because most colorectal cancers develop slowly over several years and are often preceded by a polyp on the inner lining of the colon or rectum. These polyps usually cause no symptoms, but finding and removing them early——can prevent cancer from ever forming.

The reasons why so many patients fail to comply with routine screenings are complex, and the medical community has worked hard over the years to address these challenges. Ultimately, when it comes to colorectal cancer, at least one reason many patients avoid screening is their unease and even fear about the experience itself.

Colonoscopy is the standard in colorectal cancer screening. What makes this test so effective is that doctors are able to visually inspect the colon for signs of cancer and then, during the same procedure, remove potentially problematic tissue or polyps. The removal of polyps reduces the chance that they will later develop into cancer. As a result, colonoscopy is the only screening method shown to be effective in preventing cancer and decreasing mortality rates of colorectal cancer. While colonoscopy is an effective screening option, many people have reservations about the test for a variety of reasons, including the invasive nature of the procedure, as well as the time and preparation (including a clear liquid diet and laxatives) it requires.

Sigmoidoscopy, another diagnostic procedure, takes less time than colonoscopy, but doesn’t give the physician a view of the entire colon, it is also still relatively invasive and requires prep and sedation.

The need for less-invasive screening options led to the development of fecal occult blood tests (FOBT) and the fecal immunochemical test (FIT).  Both are designed to detect blood in the stool not seen by the naked eye. However, because not all polyps bleed and because blood can be an indicator of issues other than cancer, these tests are less accurate than colonoscopy and therefore must be completed every year.

More recently, another non-invasive, at-home screening tool expanded the pool of non-invasive screening options available to patients. Cologuard, approved by the FDA in August 2014, is the first and only noninvasive stool DNA screening test (sDNA) for colorectal cancer that detects the presence of cancer and precancer by analyzing both blood and DNA in the stool. The test is indicated for adults 50 and over who are at average risk for colon cancer and is available by prescription only.

After a physician prescribes the test, a collection kit is sent directly to the patient’s home. There, the patient collects a stool sample in the comfort of his/her home and sends the kit back through a pre-paid mailer to Exact Sciences, makers of the test, for lab assessment. The test requires no preparation, no sedation and no time off from work. Patients receive their test results from their doctor about two weeks after sending in the sample and if they get a positive result, their doctor will send them for a diagnostic colonoscopy.  If the result is negative, patients should continue participating in a screening program at an interval and with a method appropriate for the individual patient.

Cologuard is backed by strong clinical data. In a 10,000-patient pivotal study published in the New England Journal of Medicine, the test was shown to be accurate in identifying 92 percent of cancers and 69 percent of the most advanced precancerous polyps, achieving a specificity of 87 percent compared to a leading FIT. The test is now covered by Medicare and some commercial plans.

Data show that patients given options are almost twice as likely to comply with screening recommendations from their doctor.[2] I’ve certainly seen this in my own practice, so I welcome innovations that expand patient choice, increase compliance with routine health screening and, ultimately, help my patients stay healthy for a long time. Cologuard is a significant addition to our colon cancer toolbox, but it’s important to remember that no one test is right for every patient. It’s our job as physicians to communicate openly and regularly with our patients about their risk factors, their symptoms and what tests are right for them based on their own history. When we make healthcare a collaborative process between physicians and patients, everyone wins.