Many Young Football Players Get Concussions at Practice 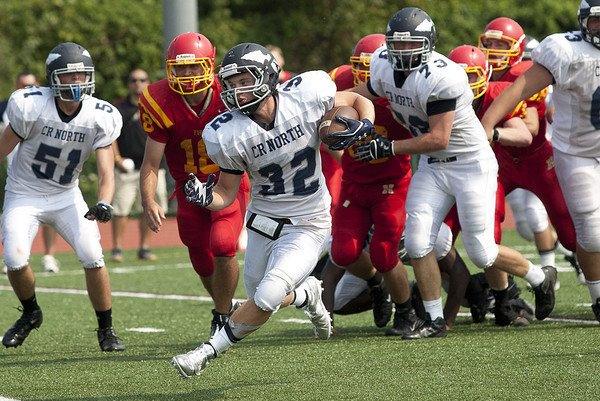 Data on more than 20,000 young football players across the United States revealed that more than 57 percent of concussed high school and college players were injured at practice, not games.

Among youth football players, almost half of concussions were sustained during practice, according to the study published online May 4 in the journal JAMA Pediatrics.

“While it is harder to change concussion incidence during games without major rule changes, a substantial number of concussions occur during practice across all levels,” said lead researcher Thomas Dompier, president of Datalys Center for Sports Injury Research and Prevention Inc., in Indianapolis.

Policy makers and coaches could reduce the odds of serious head injury by limiting player-to-player, or full body, contact during practices, Dompier said.

Despite the greater number of practices, games are still more dangerous in terms of head trauma, Kuluz said.

Kuluz agreed that modifying physical contact — the main cause of concussions — would help reduce the odds of injury.

“You can’t eliminate all player-to-player contact in practice,” he said. “But there are alternatives — like hitting dummies or using sleds — rather than hitting each other,” he said.

As awareness of long-term brain trauma increases, sports-related concussions are a growing public health concern, the researchers pointed out.

The study results are based on an analysis of data from three sources: the Youth Football Surveillance System; the National Athletic Treatment, Injury and Outcomes Network; and the National Collegiate Athletic Association Injury Surveillance Program.

The researchers found that during the 2012 and 2013 seasons 1,198 concussions occurred — almost 12 percent of them among youth athletes, 66 percent among high school players, and 22 percent on the college field.

In all, concussions accounted for 9.6 percent of reported youth injuries, 4 percent of high school injuries and 8 percent of college injuries, the researchers found.

During practice, concussion rates were lower among college players than among high school players, the study found.

In 2012 and 2013, youth football players had the lowest concussion risk — less than 4 percent both seasons. The one-season concussion risk was highest in high school at nearly 10 percent, and college players at 5.5 percent, the researchers said.

Among kids ages 5 to 7 there were no football-related concussions during that study period, researchers say.

For more about concussions, visit the U.S. National Library of Medicine.