Kids’ Eye Injuries From Paintball, Air Guns on the Rise 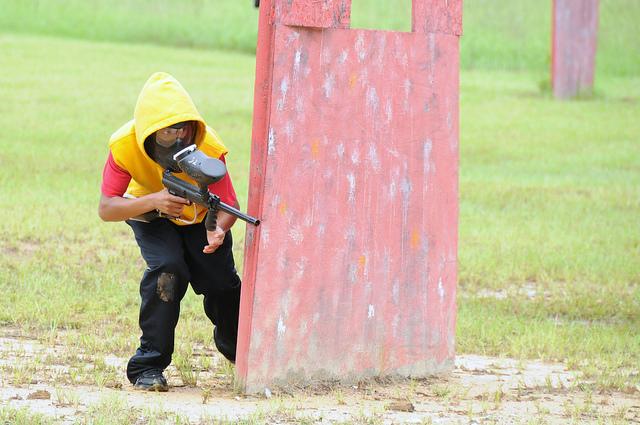 (HealthDay News) — Eye injuries in children from certain types of guns — such as air guns, BB guns and paintball guns — increased dramatically between 2010 and 2012 in the United States, according to new research.

The study from the Stanford University School of Medicine found that injuries from “non-powder” guns surged a 511 percent during that time period. A non-powder gun is one that doesn’t use gunpowder to fire. Instead, these guns use compressed air, springs, and other methods to fire, according to information from Nationwide Children’s Hospital.

More than 3,000 children were treated in U.S. emergency rooms in 2012 for eye injuries related to air guns, BB guns, pellet guns and paintball guns, according to the researchers.

Despite effective strategies implemented by BB gun manufacturers in the early 2000s to restrict sales and marketing campaigns directed at minors, the rising popularity of air guns has correlated with a rise in children’s eye injuries since 2010. Air guns — also called airsoft guns — fire plastic bullets, the researchers said.

In the new report, published in the April issue of the Journal of the American Association for Pediatric Ophthalmology and Strabismus, the researchers said that stricter regulations on the use of air guns as well as greater usage of eye protection could help reverse this trend.

“These results demonstrate that air guns can cause severe, yet preventable, eye injury among the pediatric population,” Dr. Douglas Fredrick, a clinical professor of ophthalmology at Stanford University School of Medicine in Palo Alto, Calif., said in a journal news release.

“To reduce rates of pediatric eye injury, both practitioners and air gun companies should promote and lobby for eye safety mandates among all air gun users. Furthermore, changes in state policy to regulate possession and usage of air guns among minors may be warranted to reduce rates of accidental injury,” Frederick said.

The federal government doesn’t regulate the sale of non-powder guns. And only 22 states restrict the ownership and use of these guns. Just four states consider these types of guns firearms, and just three states consider them dangerous weapons. In most states, children are allowed to buy and own these products, the study authors said.

In conducting the study, the researchers analyzed data compiled by the U.S. Consumer Product Safety Commission on emergency department visits for injuries related to paintball guns as well as other types of guns that don’t rely on gunpowder, such as airsoft guns.

The investigators also examined nearly 400 individual case reports involving airsoft and BB gun injuries. Many of these cases reported no use of eye protection, the study revealed.