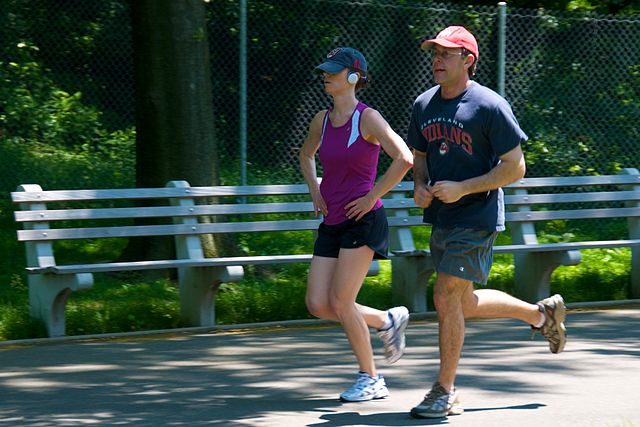 (HealthDay News) — A lifetime of vigorous exercise may lower the risk of non-Hodgkin’s lymphoma — a form of cancer that affects the lymph nodes, according to a new study.

Activities that significantly increase breathing and heart rate appear to have the most benefit, the researchers said.

“We know that being physically active reduces the risk of colon cancer and breast cancer, and also leads to a range of other physical and mental health benefits,” study author Terry Boyle, a postdoctoral fellow at the University of British Columbia in Canada, said in a news release from the American Association for Cancer Research.

“Our findings suggest that people who do vigorous physical activity may also have a lower risk for non-Hodgkin’s lymphoma,” Boyle added.

While this study found an association between intense physical activity and a reduced risk of non-Hodgkin’s lymphoma, it wasn’t designed to prove that exercise was the sole reason for the risk reduction.

“Currently, there isn’t enough research on this topic to be able to confidently say that being physically active reduces the risk of non-Hodgkin’s lymphoma,” said Boyle, who added that his team plans on researching this link further.

The study was published May 1 in Cancer Epidemiology, Biomarkers & Prevention.

The participants answered questions about their overall health and lifestyle, including their level of physical activity. Specifically, they were asked to record the average number of days each week and the average number of hours each day they exercised. They were also asked whether that exercise was mild, moderate or vigorous. This was repeated for each decade of their life.

The study found that those who engaged in the most intense physical activities throughout their life had up to a 30 percent lower risk for non-Hodgkin’s lymphoma compared to people who exercised less. The age of the participants didn’t affect the overall benefit of the intense activity, the study authors said.

“In this case-control study, we found that the most physically active participants had a lower risk for non-Hodgkin’s lymphoma than the least active participants. We found that vigorous-intensity physical activity in particular, such as activities that increase breathing and heart rates to a high level, was the most effective at lowering risk,” said Boyle.

The U.S. National Cancer Institute has more about non-Hodgkin’s lymphoma.