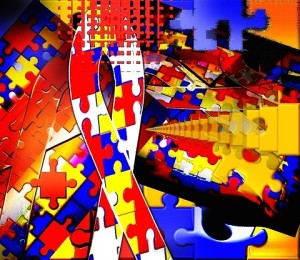 A team led by Dr. Katharine Zuckerman, of Oregon Health and Science University in Portland, compared the medical records of more than 1,400 children with autism against those of 2,100 children with other forms of delayed intellectual development.

For children who later turned out to have an autism spectrum disorder, doctors and other health care providers were 14 percent less likely to have taken action — such as conducting developmental tests or referring the child to a specialist — in response to parents’ concerns about autism, compared to children from the other group.

The researchers also found that health care providers were more likely to tell parents of children with autism that the child will “grow out of it,” the researchers reported April 15 in The Journal of Pediatrics.

As the researchers explained, children with autism can develop symptoms even before they’re 2, and early diagnosis is associated with better long-term outcomes.

One in 68 U.S. children has an autism spectrum disorder, according to U.S. Centers for Disease Control and Prevention estimates.

However, children with autism in the study were typically not diagnosed with the disorder until about age 5 — nearly 3 years after parents first expressed their concerns to health care providers, the study found.

“For many years, autism advocacy groups and the U.S. Centers for Disease Control and Prevention have urged parents to learn the signs of autism and act early by talking to their doctor if they are concerned about their child’s development,” said Alison Singer, president of the Autism Science Foundation.

“It’s heartbreaking to think that these families’ concerns are being ignored or rebuffed by doctors when we know that early intervention — the earlier, the better — can make a huge difference in a child’s life,” she said.

He stressed that an autism diagnosis is not a “black-and-white” affair, and pediatricians must “walk a fine line between making an accurate developmental diagnosis as early as possible on the one hand and not rushing to judgment on the other.”

Still, he said, “it is unfortunate that almost three years pass from when a parent first expresses concerns to his or her pediatrician and when the child gets a diagnosis of an autism spectrum disorder.”

In the meantime, Singer believes that “health providers need more education and training so that they can respond promptly and appropriately to parental concerns.”

The U.S. National Institute of Neurological Disorders and Stroke has more about autism.