Breast Cancer Is Not Just One Disease 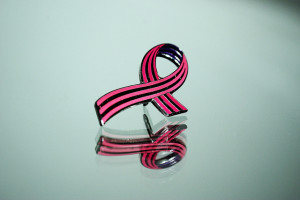 (HealthDay News) — Breast cancer isn’t the same for every woman, even at the cellular level, according to a new statement from four major medical groups focused on the disease.

The report was issued Monday by the American Cancer Society, the U.S. Centers for Disease Control and Prevention, the U.S. National Cancer Institute, and the North American Association of Central Cancer Registries. They say that classifying breast cancers according to tumor subtypes could help improve treatment of the disease.

The report “assesses breast cancer as four molecularly defined subtypes, not as a single disease,” National Cancer Institute director Dr. Harold Varmus said in an institute news release. “This is a welcome step, [resulting from] medically important information that already guides therapeutic strategies for these subtypes,” he said.

The four major molecular subtypes are categorized according to their hormone receptor (HR) status, meaning a chemical receptor lying on breast cancer cells that reacts to hormones such as estrogen. Categorization is also dependent on a tumor cell’s activity around the HER2 gene. Both factors can affect how a tumor acts and might be treated, experts say.

Experts have long known that the four subtypes respond differently to treatment and have different survival rates, according to the report published March 30 in the Journal of the National Cancer Institute.

Cancer registries across the United States are now recording these breast cancer subtypes, the groups noted, and this new data will help researchers more accurately rank breast cancer by risk. It should also help patients better understand each subtype’s impact on their health, the authors said.

It said there were unique racial/ethnic group patterns by age, poverty level, geography and specific tumor characteristics. For example, rates of HR+/HER2- breast cancer — the least aggressive subtype — were highest among white women.

Varmus called the move towards more categorization, “a harbinger of the more rigorous classification of cancers based on their molecular features that is now being aggressively pursued under the President’s Precision Medicine Initiative. The new diagnostic categories now being defined will increasingly support our ability to prevent and treat breast and many other kinds of cancer, as well as monitor their incidence and outcomes more rigorously over time.”

“The breaking apart of breast cancer into subgroups highlights the fact that not all breast cancers are equal,” said Dr. Stephanie Bernik, chief of surgical oncology at Lenox Hill Hospital in New York City. “These cancers are treated differently by medical oncologists already, but the new classification will help patients have a better understanding of survival rates that are more specific to a particular subtype of breast cancer.”

Dr. Charles Shapiro is director of Translational Breast Cancer Research at the Tisch Cancer Institute at Mount Sinai in New York City. He agreed that “the biology of these subtypes is of critical importance to selecting the most effective treatments for breast cancer.

“What was less clear was the apparent influence of race and ethnicity across these subtypes,” he added. “That is of great importance to understand why these differences do exist and the biology that underlies them.”

The bottom line, according to Bernik, is that “when investigating possible breast cancer treatments, one size does not fit all. Treatments need to be tailored to a patient’s particular subtype, and in doing so, we will be optimizing outcomes.”

The American Cancer Society has more about breast cancer.