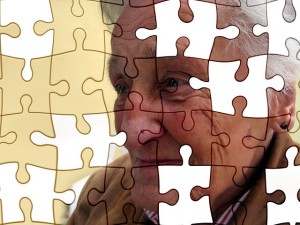 (HealthDay News) — Doctors are not telling a majority of their patients diagnosed with Alzheimer’s that they have the degenerative brain disease, a new report by the Alzheimer’s Association indicates.

Researchers obtained Medicare claims data for 2008 through 2010, which showed how many people had been treated for Alzheimer’s during that time. They then compared that information to patient responses in the Medicare Current Beneficiary Survey, a continuous survey used by the U.S. Centers for Medicare & Medicaid Services to track the effectiveness of its medical coverage. The survey directly asked participants: “Has a doctor ever told you that you had Alzheimer’s disease?” It also asked about whether they had been told of a diagnosis of cancer, diabetes, heart disease, or stroke. When a beneficiary was unavailable or unable to answer, a family member or caregiver provided the answer.

About 45 percent of people who received Medicare-funded treatment for Alzheimer’s had been told by their doctor that they have the disease, the researchers discovered. Keeping that in mind, the investigators also looked at current Medicare data regarding cancer disclosure. They found that nine out of 10 cancer patients are being told that they have cancer. The researchers found that Alzheimer’s patients are more likely to be told of their diagnosis only after the disease has become more advanced, and their ability to participate in their care has diminished.

Reasons given by doctors include uncertainty about their diagnosis, insufficient time to fully discuss treatment options and support services, a lack of support services, and the general stigma that surrounds Alzheimer’s, according to the report.