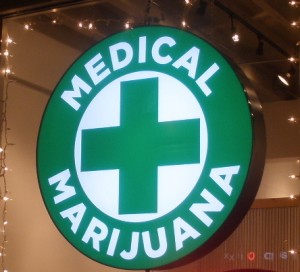 HARRISBURG, PA – While many states have pushed for new laws to legalize the use of marijuana for medical reasons, there are few well-controlled studies that demonstrate its effectiveness.  As such, most major state and national medical professional societies have not yet supported its use in patient care until further research is conducted to show it is a safe and effective medicine for use in a wide variety of settings.That’s the primary point of a Pennsylvania Medical Society white paper report titled “Is Marijuana Medicine?” makes after a thorough review of numerous studies and the position statements of national medical specialty organizations including the American Medical Association, the American Academic of Pediatrics, the American Psychiatric Association, and several others.

The white paper was presented at a joint hearing of the PA House Health and Judiciary Committees on March 24.

“Across the country there’s a legalization movement, but little to push research,” said Karen Rizzo, MD, president of the Pennsylvania Medical Society. “From a clinical perspective, it’s like putting the cart before the horse.  We have joined other national groups in calling for more research and making it easier for researchers to have access to marijuana for scientific purposes.”

Despite the shortage of adequate studies, public support appears to be growing, particularly since the 2013 release of CNN’s documentary “Weed” featuring Sanjay Gupta, MD. Currently, 11 states have legalized CBD for medical use, while 23 others to some degree have approved CBD and THC.  CBD and THC are two of marijuana’s cannabinoid components.  THC is marijuana’s psychoactive component, while CBD is thought to have little, if any, psychoactive effect. According to the 2004 textbook Drugs, Society and Human Behavior, there are more than 400 known chemicals in marijuana, making it a very complex substance.

“There are positive, anecdotal stories of medical marijuana having helped patients – for example to treat children with seizure disorders and veterans with PTSD,” said Dr. Steve Shapiro, a pediatrician and PAMED Trustee.  “We have to acknowledge that we have patients and families looking for help and hope with the reality that we do not know a great deal about how medical marijuana works, what it is best used for, and what the actual dosing and other requirements are to best prescribe it.  As a pediatrician, concerning to me is using marijuana treat children and not knowing the long-term effects of THC on brain development. As scientists we need to know more.”

Those who push for legalization point to “hundreds” or “thousands” of studies that have been conducted around the world demonstrating marijuana’s benefit in treating health issues.

However, few of them have what is considered to be the “gold standard” in medical research – large randomized, double-blinded placebo-control studies.  A March 2014 article in WebMD reviewed multiple studies, stating few have followed such a controlled clinical trial with most having fewer than 200 patients.

According to the white paper, with the exception of Marinol and Cesamet which have gone through the rigorous FDA approval process, providers looking to recommend other forms of medical marijuana will find themselves unable to answer important questions concerning non-approved versions.

The white paper’s conclusion states that there is a compelling case for a serious scientific examination of the potential medical use of marijuana; however, policymakers should take a cautious approach to medical marijuana until solid scientific research is available.

The report is available here.