Do Doctors Treat Patients Differently Based on Race? 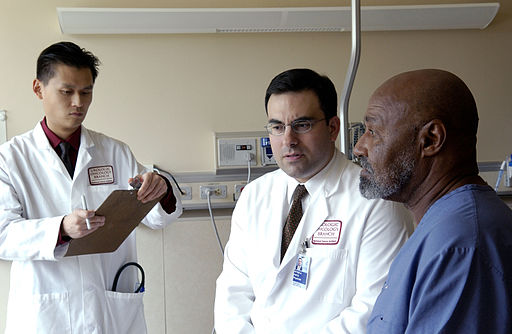 (HealthDay News) — A new survey finds that hospital doctors don’t treat patients differently because of race or income level, even though it detected unconscious bias in some clinicians.

Researchers asked more than 200 doctors at Johns Hopkins Hospital in Baltimore how they would respond to various hypothetical situations involving white and black patients, and rich and poor patients.

The results “raise questions and provide more of an impetus to think about what plays out in real-world settings,” said Dr. Marshall Chin, professor of Healthcare Ethics at the University of Chicago, who wasn’t involved in the study.

However, the fictional approach limits the study’s value because it didn’t assess actual patient care, he added.

“We can’t conclude that this applies to real patients,” Chin said.

At issue: Do physicians treat patients differently based on their race, income levels and so on? The researchers said there are decades of evidence that certain groups do receive different levels of care.

“We know from hundreds of studies that minority patients, particularly African-American patients, are less likely to get medical services than white patients,” said Dr. John Ayanian, director of the Institute for Healthcare Policy and Innovation at the University of Michigan.

In 2010, for example, a study in the journal Circulation found that black patients in the United States were 3 percent to 16 percent less likely to receive recommended stroke care, such as clot-busting drugs. Ayanian was co-author of a study published December 2014 in the New England Journal of Medicine that found that black seniors have more trouble controlling their blood pressure, cholesterol and blood sugar than whites, a possible reason why blacks don’t live as long.

However, it’s difficult for researchers to pinpoint how many of these differences are due to prejudice in the medical system versus lifestyle and other decisions by individuals.

In the new study, researchers presented doctors with stories about fictional patients and asked how they’d deal with them. The narratives were designed to catch unconscious bias.

A total of 215 clinicians — surgeons, fellows, interns, residents and other kinds of physicians — took the 20-minute survey in 2011 and 2012. All received $25 gift cards for participating.

The study reports that most participants showed signs of bias based on race and social class.

But the researchers said they found little sign that bias affected decisions about patient care, and no evidence that it disrupted assessments of patients.

The findings are “reassuring,” said Ayanian. However, “it’s important to look at actual decisions, and that’s certainly more challenging to study than hypothetical cases,” he added.

“In order to understand whether our health care system is making progress, we need to look closely at the care that actual patients receive, and understand the barriers that patients face from their perspective,” Ayanian said.

Another health disparities researcher, Stanford University’s Dr. Kim Rhoads, said this study “neither proves nor debunks the argument that racism may be at play in health care.”

However, the research does show “that physicians are really no different than the general population with respect to carrying some bias by race and social class,” added Rhoads, an assistant professor of surgery.

Chin said future research could videotape the actual care provided by physicians. “Within the first 30 seconds, people forget they’re being videotaped,” he said.

In some cases, he added, the health system itself may be unintentionally biased against certain patients.

The study appears online March 18 in the journal JAMA Surgery.

For more about health disparities, try the U.S. National Library of Medicine.

hospital doctors treat patients differently based on race unconscious bias 2015-03-19
PhysiciansNews.com
Share
Previous Recess is Vital to Students’ Success in the Classroom
Next Colorado’s Marijuana is 3X Stronger (and a Little Dirty)