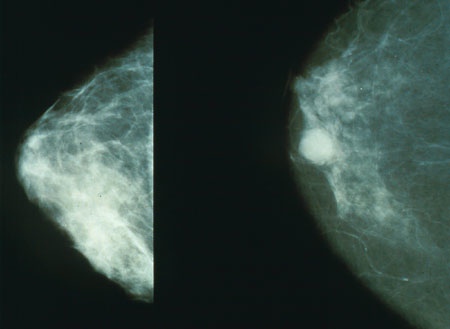 TUESDAY, March 17, 2015 (HealthDay News) — As many as one of every four breast tissue biopsies tested for cancer may have been incorrectly diagnosed by pathologists taking part in a study to test their skills.

The pathologists did well at identifying invasive breast cancer, but they struggled with spotting whether abnormal cells in a tissue sample might increase a woman’s future cancer risk. This may mean that some women are being treated too aggressively, the researchers noted.

Overall, individual pathologists peering at breast cells through a microscope disagreed about 25 percent of the time with an expert pathology panel’s interpretation of the same glass slides.

These bad calls could have serious consequences for some of the 1.6 million American women who undergo a breast biopsy each year, the researchers added.

The accurate diagnosis of cancer hinges on pathologists’ microscopic examination of tissue samples from patients, explained study author Dr. Joann Elmore, a professor of medicine at the University of Washington in Seattle.

Women with a wrongly interpreted biopsy might undergo unnecessary surgery or radiation therapy, receive unwarranted MRIs or mammograms, or spend many anxious years fretting that they are at increased risk for cancer when they actually are not, Elmore said.

In this study, pathologists displayed remarkable accuracy in diagnosing samples taken from women with invasive breast cancer, which can be fatal unless treated promptly, Elmore said.

However, pathologists had trouble analyzing breast biopsies that contained abnormal or cancerous cells which increase a woman’s future risk of invasive breast cancer, the study found.

Individual pathologists disagreed with the expert panel in about one out of five cases of ductal carcinoma in situ, or DCIS, Elmore said.

DCIS is early, noninvasive breast cancer, featuring cancerous cells that are present in the milk ducts but have not spread to the surrounding breast tissue, according to the U.S. National Cancer Institute.

“Women with DCIS are receiving the same kind of treatment that women with early invasive breast cancer are receiving,” including mastectomy, lumpectomy and radiation therapy, Elmore said. “Because women receive such intensive treatment for DCIS, it’s important we get this diagnosis right.”

Pathologists fared even worse diagnosing atypia, which are benign but abnormal cells that indicate an increased risk of breast cancer. Researchers found that pathologists had about a 50-50 chance of agreeing with the expert panel on a diagnosis of atypia.

“On a diagnosis of atypia, the odds of pathologists being right are similar to our ability to predict heads or tails on a coin toss,” Elmore said.

The study is published in the March 17 issue of the Journal of the American Medical Association.

Researchers asked a panel of three internationally recognized pathologists to independently review a set of 240 breast biopsy slides and then agree on a consensus diagnosis for each case.

The same slides were then sent to 115 volunteer pathologists who regularly review breast biopsies in clinical practices in eight U.S. states, to see if their diagnosis would jibe with that of the expert panel. Each pathologist reviewed 60 breast biopsy slides.

The pathologists failed to catch just 4 percent of invasive breast cancer cases, compared with 13 percent of DCIS cases and 35 percent of women with atypia.

These results indicate that a woman who has been diagnosed with DCIS or atypia should not automatically push the panic button, Elmore said.

“An average woman, if she’s given a diagnosis of atypia or DCIS, she should be reassured this is not invasive cancer,” she said. “They don’t have to rush into any treatment. These conditions are risk factors, but they are not the same as invasive cancer.”

Robert Smith, senior director of cancer screening for the American Cancer Society, said that a woman diagnosed with atypia or DCIS should instead consider asking her doctor for a second opinion from another pathologist.

“Simply say, can we have more than one opinion about the interpretation of my biopsy?” Smith said. “That would not be unreasonable to ask for.”

Women should keep in mind, however, that their pathologist may already have sought out a second opinion on their biopsy, said both Smith and senior study author Dr. Donald Weaver, director of surgical pathology at the University of Vermont College of Medicine.