Significant Shortfall of Physicians Projected for 2025 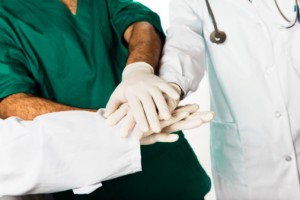 (HealthDay News) — The expected shortfall of physicians is projected to reach about 46,000 to 90,000 by 2025, according to a study conducted by IHS Inc. for the Association of American Medical Colleges (AAMC).

Working with the AAMC Center for Workforce Studies, IHS identified key trends likely to affect the supply and demand for health care services and physicians over the next decade. They also projected national adequacy of physician supply through 2025 under different scenarios. Projections for individual specialties were aggregated into broad categories: primary care, medical specialties, surgical specialties, and other specialties.

According to the report, demand for physicians is continuing to increase faster than supply, with a projected shortfall of 46,100 to 90,400 physicians by 2025. Shortfalls in primary care are projected to range between 12,500 and 31,100 physicians by 2025; the shortfall in non-primary care physicians is expected to range between 28,200 and 63,700 physicians. Once fully implemented, the expanded medical coverage achieved under the Affordable Care Act is likely to increase demand by 2.0 percent above the increased demand resulting from demographic changes. The projected shortfalls are smaller than those predicted in previous studies.

“The doctor shortage is real — it’s significant — and it’s particularly serious for the kind of medical care that our aging population is going to need,” Darrell G. Kirch, M.D., president and chief executive officer of the AAMC, said in an association news release.