Breaking News
Home / Medicine & the Law / How Can Concierge Doctors Protect Themselves Against Demanding Patients?

How Can Concierge Doctors Protect Themselves Against Demanding Patients?

Concierge medicine and medical malpractice:  the two phrases don’t even seem to belong together in the same sentence.

Concierge medicine — the “refuge” of private practice physicians in an increasingly managed care-driven world — is safer for both doctors and patients, isn’t it?  After all, patients in concierge practices are getting more time, attention, and access to their doctor than in higher volume practices models, right?  And, doctors — doesn’t concierge medicine offer a break from the pressure to rush to see the next patient and to practice more thoughtfully?

For many concierge physicians, the recent decision of a Florida jury holding MDVIP and its affiliated doctor liable was a rude awakening.  Robert Beber, the former general counsel of chemical conglomerate W.R. Grace, sued his and his widow Joan’s former concierge doctor.

Beber sued not only the physician, Dr. Charles Metzger, Jr., but also MDVIP, the company through which Dr. Metzger had converted his practice to a concierge model.  He alleged that Dr. Metzger had misdiagnosed Joan Beber’s complaint of leg pain and failed to coordinate with other physicians, delaying discovery of a circulation problem that eventually necessitated amputation of Mrs. Beber’s leg.  Mr. Beber alleged not only that Dr. Metzger had committed malpractice, but that MDVIP had misled the Beber’s into paying an annual concierge fee ($1,500 apiece) by falsely representing its concierge network as delivering superior quality care.

In rendering a combined verdict in excess of eight million dollars against Dr. Metzger and MDVIP, the decision sent shockwaves throughout the concierge medicine world.  It represented the first time that MDVIP, an industry leader with over 700 affiliated doctors nationwide, was publicly held liable for what appears to have a communication and diagnostic breakdown in the patient-concierge physician relationship.  In searching for lessons, physicians in concierge practices and those considering the conversion to a concierge model should consider three particular issues:

Greater care in marketing claims.  Perhaps the biggest lesson to come out of the Beber case is less about care than about marketing.  Concierge physicians and the companies which help them convert their practices need to exercise greater caution and more precision in making claims to promote their practices.  Plaintiff lawyers had a field day with claims that the MDVIP-affiliated doctors were of exceptional quality and offered superior quality of care. Non-evidence based claims of superiority not only potentially violate state and federal marketing laws, but also make concierge doctors easy targets if and when things go wrong.  Promoting the fact that all doctors in a concierge network are board certified is precise and provable, but suggesting that they are generally of a higher quality is vague, violative of advertising laws, and risky.

Moreover, in a legal system that evaluates doctors’ liability according to an evolving “standard of care” – imagining what the community of “reasonable” physicians would have done in the same circumstances – it is unwise to promise to be “above” that fuzzy line.  It may also rankle egalitarian sensibilities and stoke juror resentment and anxiety about the growing inequities in our healthcare system, even when the concierge patients themselves are more likely to inhabit a world of privilege.  The marketing of concierge care needs to focus on facts and emphasize access, convenience, exclusivity rather than “better care” or better doctors as the selling points.

Screening for problem patients.  Another lesson emerging from the case is the need to appreciate the unique nature of the patient population.  Once people are paying out of pocket, rather than through third party insurance, their expectations are higher.  They are quicker to complain and feel cheated when something goes awry.  This compounds the broader issue of evolving and rising expectations in an age when smart phones with web access allow patients to second guess their doctors almost instantaneously.

More demanding patients present new challenges.  In recent years, plastic surgeons and physicians in the world of aesthetic medicine have become increasingly sophisticated about the need to screen and avoid prospective patients with unrealistic expectations or demands that cannot be satisfied.  Concierge doctors need to develop similar mechanisms to ensure that they are building practices of appreciative patients rather than people who are one miscommunication away from turning into headaches.

Developing safeguards and effective risk management.  Changing patient expectations are not just a matter of filtering out problem patients.  Concierge doctors are holding themselves out as providing more access and convenience, and this should be backed up by good systems to ensure that health concerns don’t slip through the cracks.  The Beber case highlights the need to ensure prompt differential diagnosis and coordination of care.  Doctors need to avoid the risk of being lulled by more frequent contact into making cautious referrals.  Concierge doctors still need to practice defensively in ruling out particular risks.

Given that most concierge practices are primary care based, it is essential not to delay needed diagnostic tests and specialty consultations.  Concierge physicians also need to focus on risk management strategies for particular scenarios to ensure that easy access does not lull patients into complacency or passivity in managing their own health and seeking out needed care.  It is critical to get patients to be realistic on the limits of personal care and proactive.  Doctors need to communicate clear instructions of when patients need to look to other resources beyond the concierge relationship.

While concierge medicine is here to stay and will continue to grow as a physician practice  model, the Beber case highlights that, from a risk management perspective, it is, in many respects, still in its infancy.  Concierge physicians need to be mindful of the dangers associated with wealthier, more demanding patients who seek out and pay for a special relationship with their doctors.  Such patients are going to be quicker to pull the trigger in accusing doctors when something goes wrong.

It is an oversimplification and an error for physicians to think that the concierge model insulates them from professional liability risks.  As with all physician organizational models, it is important to identify the unique risks and to develop strategies to manage and reduce them.  Sloppy marketing, problem patients, and safeguarding against too much patient and physician complacency are good places to start.

Harry Nelson is founder and managing partner of Nelson Hardiman, a law firm based in Los Angeles that represents doctors and medical practices. He focuses on providing federal and state regulatory compliance, business strategies and practical solutions to vexing problems for physicians. 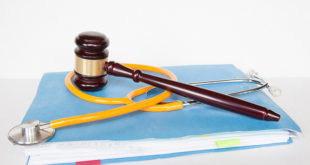 A brief history of medical malpractice

Informed Consent: What Every Pennsylvania Physician Needs to Know