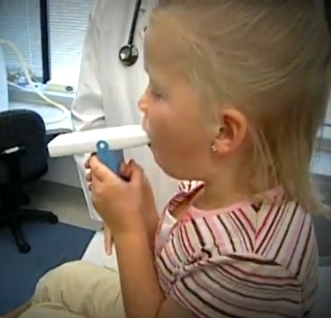 MONDAY, March 9, 2015 (HealthDay News) — A child may face an increased risk of asthma if the child’s mother experienced depression during her pregnancy or she took an older antidepressant to treat her condition, new research suggests.

However, more than 80 percent of the women in the study who were prescribed antidepressants were given one of a newer class of drugs known as selective serotonin reuptake inhibitors (SSRIs). And those medications were not linked to any increased risk for asthma in the child.

“How maternal depression affects asthma risk in the offspring is unknown, but the mechanism could involve hormone changes or changes in lifestyles,” said study lead author Dr. Xiaoqin Liu, an epidemiologist at Aarhus University in Denmark. “The most significant finding in our study is that we found that [overall] antidepressant use during pregnancy did not increase the risk of asthma in general.”

But it was a different story when the researchers looked only at older antidepressants, known as tricyclic antidepressants. They were linked to the same level of increased risk for asthma as depression during pregnancy, the researchers said. In the study, roughly 8 percent of the women took the older medications.

Some examples of these older antidepressants include Norpramin (desipramine), Tofranil (imipramine) and Pamelor (nortriptyline).

Depression affects between 7 percent and 13 percent of pregnant women, according to background information in the study, and antidepressant use during pregnancy has risen in recent years.

SSRIs are the most commonly prescribed medications for depression. Some examples of SSRIs include Zoloft (sertraline), Prozac (fluoxetine) and Celexa (citalopram).

Liu and her team analyzed the medical records of more than 733,000 Danish children born between 1996 and 2007. More than 21,000 of the children’s mothers either had a diagnosis of depression or received a prescription for antidepressants while they were pregnant.

Children born to mothers who had depression were 25 percent more likely to develop childhood asthma, the findings revealed.

Among the nearly 9,000 children whose mothers were prescribed antidepressants during pregnancy, the children of those women who received older antidepressants had a 26 percent increased risk of asthma.

The study did not prove that older antidepressants caused the asthma risk, just that there was an association between the two. The researchers pointed out that tricyclic antidepressants are typically prescribed for more severe depression, which has been linked to asthma in past research.

And the study also only found an association between depression and asthma risk, not a cause-and-effect link.

“Tricyclic antidepressants have different pharmacokinetic properties than SSRIs, but the association may be confounded by the underlying severity of depression,” Liu said.

In other words, it might be that the reason for the increased asthma risk is that mothers who are prescribed tricyclic antidepressants already have more severe depression and that it is the depression — not the drugs — that contributes to asthma risk.

It’s not clear, however, how a mother’s depression might contribute to a child’s asthma risk. The link might be explained partly by biology, with something happening during pregnancy, by involving environmental or genetic factors, or all three, Liu said.

The researchers also found that depression in fathers slightly increased children’s risk of asthma, which suggested that some kind of environmental or genetic factors might be involved, Liu said.

“If you have a father who is depressed, is it that the environment in the home has strife that impacts the whole family?” Rabin asked. “Is it that the socio-emotional tone of the house is affecting the baby’s respiratory health? Is it maybe that the parents in this house who are depressed are smoking?”

The study findings should not change any woman’s decision to treat depression during pregnancy, however, Rabin said.

“This study asks some interesting questions that deserve further study, but there is no evidence here that antidepressants cause asthma,” she said. “We want women to have their depression treated so they can function better for themselves, their families and their newborns.”

The study findings were published online March 9 in the journal Pediatrics.