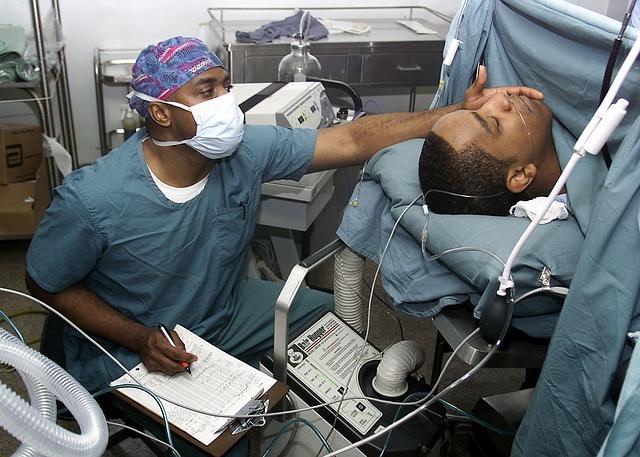 TUESDAY, March 3, 2015 (HealthDay News) — A new French study questions the need for giving a sedative to surgical patients to calm them down before anesthesia is administered.

The investigators found that the sedative lorazepam (Ativan) did not improve patients’ experience, and was tied to a lower rate of early mental recovery.

“I was not surprised with these results,” said Dr. J.P. Abenstein, president of the American Society of Anesthesiologists, who had no part in the study. “Lorazepam is a long-acting sedative lasting about 12 hours.”

Abenstein said lorazepam is not generally used for surgery in the United States, but is used to treat people who have serious anxiety problems and for alcoholics to help them deal with alcohol withdrawal. “It is not the common drug used for sedation before surgery,” he said.

When a sedative is called for, the most commonly used drug is midazolam, which is a short-acting sedative in the same class of drugs as lorazepam, said Abenstein, who is also an associate professor of anesthesiology at the Mayo Clinic in Rochester, Minn.

Most patients, however, are not sedated before an operation. “In my practice, we sedate very few patients before surgery, maybe one out of 100 patients, and that’s a high estimate. It just doesn’t come up that often,” he said.

Among older patients, Abenstein said, sedatives like lorazepam or midazolam have been associated with psychosis and an increased risk of death. “You really don’t need a sedative before surgery,” Abenstein added.

The report was published in the March 3 issue of the Journal of the American Medical Association.

In the French study, a team led by Dr. Axel Maurice-Szamburski, of the Hopital de la Timone Adulte in Marseille, randomly assigned slightly more than 1,000 adults younger than 70 who were having elective surgery to receive lorazepam, or an inactive placebo, or no medication before anesthesia.

The researchers found that lorazepam did not improve overall patient satisfaction, compared with no medication or a placebo. Even among the most anxious patients, the study found no significant differences in patient satisfaction between the groups.

Moreover, it took longer for patients receiving the sedative to have their breathing tube removed after surgery compared with those who weren’t given any sedative and those given a placebo.

In addition, the rate of early mental alertness after surgery was lower in those who received the sedative (51 percent), compared with those who didn’t receive a sedative (71 percent) and those given a placebo (64 percent).

Also, on the day after surgery, the number of patients who said they did not remember the time period around their procedure was higher in the lorazepam group than in the other groups, the study authors added.

Dr. Kevin Tremper, chair of the department of anesthesiology at the University of Michigan, said for the study to be relevant to the United States, the researchers would have had to have used midazolam.

“It would have been interesting if they had used the shorter-acting drug we use in this country,” he said.

Visit the U.S. National Library of Medicine for more on anesthesia.