U.S. Ebola Survivor Dr. Craig Spencer Gives His Side of the Story 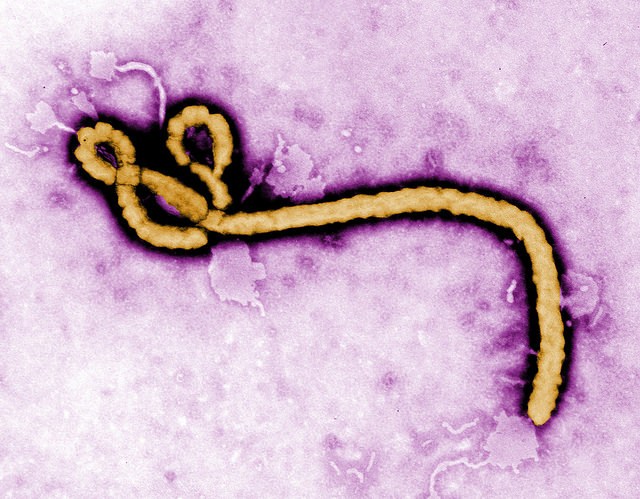 He also believes that officials and the media unnecessarily maligned those who were risking their lives to combat the West African epidemic.

Spencer contracted the virus while performing aid work at an Ebola treatment center in Guinea, and fell ill days after his return to New York City. He entered Bellevue Hospital on Oct. 23 as New York’s first Ebola patient, and spent 19 days there recovering from his infection.

“Though I didn’t know it then — I had no television and was too weak to read the news — during the first few days of my hospitalization, I was being vilified in the media even as my liver was failing and my fiancee was quarantined in our apartment,” Spencer wrote in a letter in the Feb. 26 New England Journal of Medicine.

While he was in the hospital, media outlets hyped the potential threat of Ebola and criticized Spencer for going out into the city after his return, he wrote. At the same time, politicians used the virus seemingly to score election-season points with voters by enacting poorly considered quarantines. 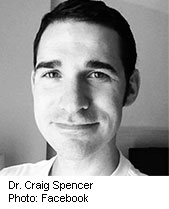 “After my diagnosis, the media and politicians could have educated the public about Ebola,” Spencer wrote. “Instead, they spent hours retracing my steps through New York and debating whether Ebola can be transmitted through a bowling ball.”

Fear motivated these decisions, and Spencer said as an American aid worker he well understands that fear, “because I felt it on a personal level.”

He often woke up in the middle of the night during his work in Guinea, sweating and heart racing, convinced that he’d contracted Ebola even though his temperature was normal.

“Ebola is frightening not just because of its high fatality rate, but also because of how little we know about it,” he wrote. “We cannot explain exactly what it does to our bodies, nor tell patients who survive it how it may affect them in the future.”

While he found the high-pressure work rewarding, Spencer felt profound relief when he left Guinea following his tour of duty. He remembers “the calm that settled over me the last time I left the [Ebola treatment] center, knowing that I’d no longer be exposed to Ebola.”

Back in New York, Spencer continued to worry that he might fall ill with Ebola and infect his fiancee or others.

“Touching others and shaking hands — forbidden actions throughout West Africa — still made me uncomfortable,” he wrote. “Twice a day, I held my breath in fear when I put a thermometer in my mouth.”

The day of his hospitalization, Spencer woke up knowing something was wrong. He felt warmer and more tired than usual, and seemed to be breathing more quickly. When he took his temperature and found it elevated, he immediately called in and was rushed to the hospital.

But while he struggled in the hospital, the outside world picked over his daily activities since his return from West Africa and criticized him for moving freely about, Spencer said.

The media gave scant attention to the fact that all available evidence on Ebola “suggested that it was nearly impossible for me to have transmitted the virus before I had a fever,” he wrote.

“Instead of being welcomed as respected humanitarians, my U.S. colleagues who have returned home from battling Ebola have been treated as pariahs,” he wrote. “I believe we send the wrong message by imposing a 21-day waiting period before they can transition from public health hazard to hero.”

Spencer pointed out that society needs to have faith in the science-based infection-control protocols developed by public health professionals because those protocols have worked. He noted that the protocols worked for him because he didn’t infect anyone. And, those protocols have “worked for hundreds of my colleagues who have returned from this and past Ebola outbreaks without infecting anyone,” he added.

Spencer noted that for many politicians, the Ebola epidemic seems to have ended on Election Day. For the U.S. media, it appeared to end about a week later when he walked out of Bellevue Hospital virus-free, the last American patient treated in the United States for Ebola.

“But the real Ebola epidemic still rages in West Africa,” he wrote. “The number of new cases is stabilizing in some areas and declining in others, but more than 23,000 people have been infected, and many are still dying from this disease.”

Dr. Amesh Adalja, a senior associate at the UPMC Center for Health Security in Baltimore, said that Spencer’s letter “makes an important point that bears repeating: decision making must be based on scientific evidence and not driven exclusively by fear.”

Adalja added, “It was unfortunate that Dr. Spencer was vilified, not because of any risk he actually posed, but due to endorsement of unwarranted fear by policymakers and many in the media.”

For more on the Ebola virus, visit the U.S. Centers for Disease Control and Prevention. 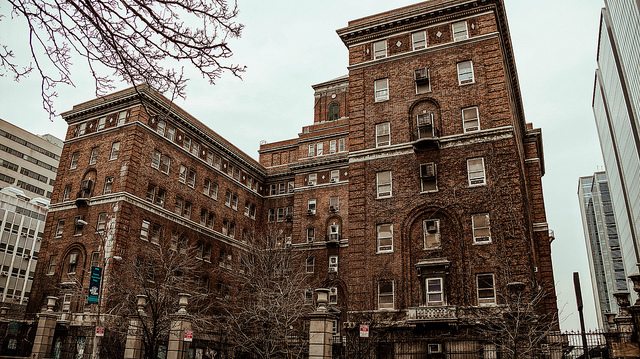 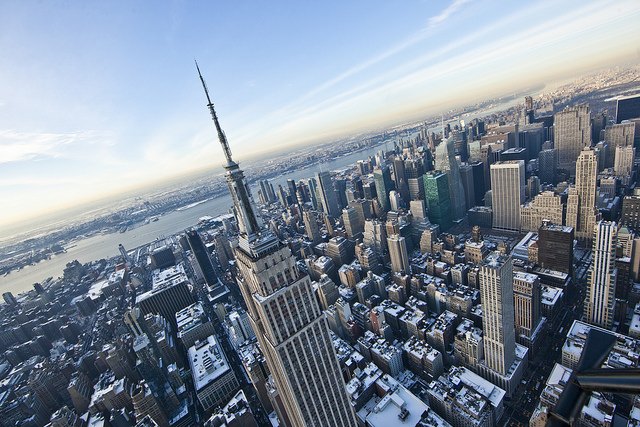