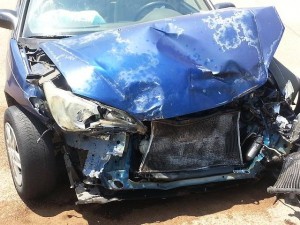 (HealthDay News) — People with attention-deficit hyperactivity disorder (ADHD) are more than twice as likely to die prematurely as those without the common disorder, a new study finds.

The risk is small, but it’s a clear indication that the disorder is a serious problem, the researchers said.

In a study of more than 2 million people, Danish researchers found that accidents were the most common cause of premature death among people with ADHD. And the risk was significantly higher for women and those diagnosed in adulthood, the researchers added.

“Our results add to the overwhelming existing evidence that ADHD is a true disorder and should not be taken lightly,” said lead researcher Dr. Soren Dalsgaard, a senior researcher at Aarhus University.

Still, Dalsgaard stressed that the actual number of premature deaths among those with ADHD was small. “Although ADHD doubles the risk, it is important to note that the absolute risk is very low,” he said. Out of more than 32,000 people with ADHD, 107 died early, he noted.

ADHD is a neurodevelopmental disorder that affects at least 11 percent of American children aged 4 to 17, according to the U.S. Centers for Disease Control and Prevention. They tend to be inattentive, impulsive and hyperactive, which can cause them to struggle academically and socially. The disorder often lingers in adulthood.

The new study was published online Feb. 26 in The Lancet.

“It’s common for people with ADHD to be impulsive and act without thinking, which can lead to accidents,” said Stephen Faraone, author of an accompanying journal editorial.

Faraone agreed with Dalsgaard that the risk of premature death related to ADHD is small. “But the increase is another sign that this is a serious disorder that needs to be taken seriously,” he said.

Treating ADHD is the best way to reduce the risk of dying early, added Faraone, director of child and adolescent psychiatry research at SUNY Upstate Medical University in Syracuse, N.Y.

Treatments can include medication, psychotherapy, training or a combination of treatments, according to the U.S. National Institute of Mental Health.

For the study, Dalsgaard and colleagues collected data on nearly 2 million people included in a large Danish registry who were followed from their first birthday to 2013. Maximum follow-up was 32 years.

More than 32,000 of the people had ADHD. Over the years, 107 people with ADHD died. They were about twice as likely to die prematurely as people without the disorder, even after the researchers took into account factors such as sex, family history of mental problems and parents’ age and education.

Accidents were responsible for more than half of the 72 deaths for which there was a known cause.

The risk of dying prematurely rose along with age at ADHD diagnosis. People diagnosed at age 18 or older were more than four times as likely to die early, compared with those without the condition. In contrast, children diagnosed before age 6 had about double the risk of dying prematurely, compared with those without ADHD, researchers say.

In addition, girls and women with ADHD had a higher risk of an early death, compared with boys and men with the condition, the study team found.

Research has shown that ADHD often occurs with other behavioral problems, Dalsgaard said. These can include a substance use disorder, oppositional defiant disorder (a pattern of angry/irritable mood and defiant behavior) or conduct disorder (disruptive and violent behavior and problems following rules), he said.

When ADHD was combined with all three disorders, the odds for premature death were more than eight times higher than for people without ADHD or a co-existing behavioral disorder, the researchers noted.

“ADHD has huge impacts on everyday life, and people with ADHD and their families deserve that this is acknowledged,” Dalsgaard said. 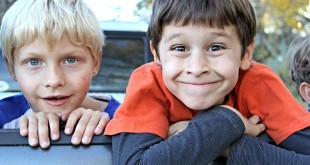