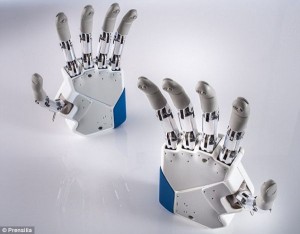 (HealthDay News) — In what scientists say is a first, a robotic hand controlled by a patient’s own muscle and nerves appears to have restored complex hand function to a trio of amputees in Austria.

The three patients in question all suffered what’s known as a “brachial plexus injury” to the hand following either a car crash or a mountain-climbing accident.

In each case, neural connections were severed between the injured hand and a network of nerves in the neck that are crucial to hand and arm movement.

However, the new high-tech “bionic” hand — outfitted with sensors that can respond to electrical impulses generated by a patient’s muscles — may have returned dexterity to the three patients, doctors say.

As reported Feb. 24 in The Lancet, all of the patients now have the ability to perform tasks that were previously impossible. Those tasks include pouring water from a jug, handling a key, cutting with a knife, undoing buttons, and picking up a ball, the research team said.

“Existing surgical techniques for such injuries are crude and ineffective and result in poor hand function,” study author Oskar Aszmann, director of the Christian Doppler Laboratory for Restoration of Extremity Function at the Medical University of Vienna, noted in a journal news release.

“The scientific advance here was that we were able to create and extract new neural signals via nerve transfers amplified by muscle transplantation. These signals were then decoded and translated into solid hand function,” he said.

According to Aszmann’s team, the process first involved long, presurgical patient training that centered on learning how to control a “virtual” hand by means of mind-over-muscle movement.

This was followed by work with a hybrid prosthetic that was subsequently attached to the patient’s own damaged hand.

After nine months, amputations of each patient’s damaged hand were conducted.

Three months after that, each patient was outfitted with their own robotic hand, followed by more rehabilitation. The bionic hand works via sensors linked to a newly fashioned neural pathway, extracted from the patient’s own healthy muscle and nerve tissue, the researchers explained.

So far, the procedure has only been attempted in Vienna, Aszmann said. “However, there are no technical or surgical limitations that would prevent this procedure from being done in centers with similar expertise and resources,” he said.

One expert in the United States said the devices may not work for everyone, however.

“Some patients have such extensive nerve damage that they are not candidates for these types of procedures,” said Dr. Steven Beldner, co-director of the Hand Surgery Center at Lenox Hill Hospital in New York City.

Still, other patients may benefit, although the bionic hand cannot — at this point, anyway — match the real thing.

“Bionic hands do not function as well as a normal hand, but are a vast improvement over current prosthesis,” Beldner said. But he added that the field of robotic hands “is rapidly evolving over the past 10 years due to new technology involving smaller processors and improved biocompatibility.”

Copyright © 2015 HealthDay. All rights reserved. Photo by alexpb via Flickr. 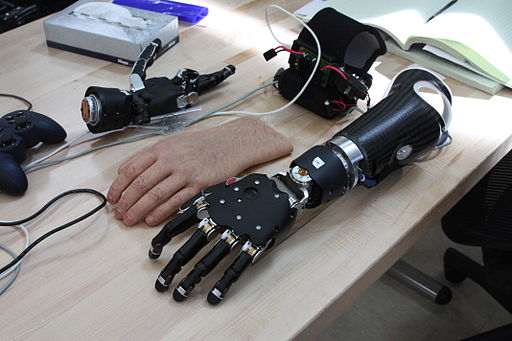