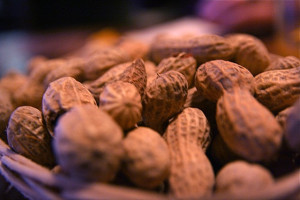 Known as oral immunotherapy, the idea behind the therapy is to slowly increase tolerance to the allergen.

The small study included 40 children aged 9 months to 36 months with peanut allergy. Some were enrolled within six months of suffering an allergic reaction to peanuts, while others had tested positive for peanut allergy but had never been exposed to peanuts.

A dozen children dropped out or were removed from the study for various reasons, including adverse events. That left 28 who received either low- or high-dose oral immunotherapy and completed the treatment program.

All 28 children achieved what the researchers termed “sustained unresponsiveness” to peanuts, according to the study that was to be presented Sunday at the American Academy of Allergy, Asthma & Immunology (AAAAI) annual meeting in Houston.

Research presented at meetings should be viewed as preliminary until published in a peer-reviewed journal.

The findings suggest that this therapy could be a safe and effective way to treat food allergies, the researchers said.

“Without a placebo group, we cannot say for sure that all of the favorable outcomes were caused by [oral immunotherapy],” the researchers wrote.

But the treatment was well-tolerated, and its success rate was higher than the 20 percent rate of spontaneously outgrowing a peanut allergy that has been reported in other research, said study author Dr. Brian Vickery in an AAAAI news release. He is an assistant professor of pediatric allergy and immunology at the University of North Carolina at Chapel Hill.

Vickery added that the research team is conducting further trials on the therapy.