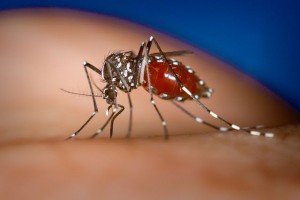 Chikungunya has spread in parts of the Caribbean and Central and South America. Though still rare, the virus is increasingly being seen in the United States, according to the researchers. Adding to the potential confusion in making a diagnosis, the researchers also found that blood tests of patients with chikungunya can have similar results to people with rheumatoid arthritis.

The study included 10 St. Louis-area residents who were infected with the chikungunya virus during a 2014 trip to Haiti. They were evaluated seven to 10 weeks after symptoms began and compared with people who had rheumatoid arthritis. Eight of these patients developed persistent arthritis, according to the researchers at the Washington University School of Medicine in St. Louis. “All eight patients with chikungunya-related arthritis met the American College of Rheumatology’s criteria for a diagnosis of rheumatoid arthritis,” said study lead author Jonathan Miner, M.D., Ph.D., in a university news release.

“For now, good travel histories of patients are among the best diagnostic tools for physicians,” study senior author Wayne Yokoyama, M.D., a professor of medicine at the university, said in the news release. “Recent travel to the Caribbean, Central and South America, Africa, India, or other areas where the virus is prevalent should raise suspicions of chikungunya infection. In addition, the disease typically starts with high fever and abrupt onset of severe pain in the joints, which are not usually seen with rheumatoid arthritis,” he explained.