The Secrets of Marijuana ‘Munchies’ 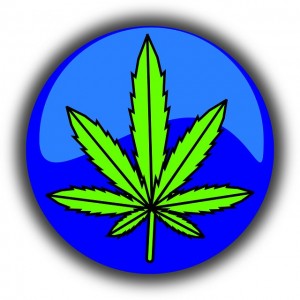 WEDNESDAY, Feb. 18, 2015 (HealthDay News) — The marijuana “munchies” — those food cravings that follow pot use — appear to be driven by neurons in the brain that normally suppress appetite, a new mouse study suggests.

These neurons normally suppress appetite by releasing alpha-Melanocyte-stimulating hormone, or a-MSH, researchers said. This hormone causes a person to feel full and satiated; they’ve eaten enough, and don’t need to eat any more.

But cannabinoids cause the POMC neurons to work in reverse and instead promote the release of a hormone that promotes hunger, said lead author Dr. Tamas Horvath, a professor of neurobiology and director of the Yale School of Medicine program in cell signaling and neurobiology of metabolism.

“We found that normally when these neurons are activated, for example, after a meal, they release a chemical known to propagate satiety,” Horvath said. “But when you expose these cells to cannabis, they start releasing another chemical called beta-endorphin that is an opiate, which leads to increased appetite.”

Horvath likened pot’s effect on the POMC neurons to “pressing a car’s brakes and accelerating instead.”

The findings were startling because researchers had speculated that marijuana caused the munchies by turning off the brain circuits related to appetite suppression, Horvath said.

Instead, they found that pot actually stimulates those circuits and drives them to act counter to their usual purpose by releasing an appetite-stimulating hormone.

“We were surprised to find that the neurons we thought were responsible for shutting down eating were suddenly being activated and promoting hunger, even when you are full,” he said. “It fools the brain’s central feeding system.”

Researchers made this discovery by exposing lab mice to a specific chemical designed to activate the same receptors that are affected by cannabinoids. They then tracked the reaction of the POMC neurons, studying the electrical signals they released and using electron microscopes to determine which hormones were released as a result of those signals.

“The mechanism is so simple and primitive it’s likely to be applicable in humans,” he said.

Still, the authors acknowledge that pot-related eating is complex and merits further exploration.

Cancer patients could benefit from this research, since many often struggle to eat enough to stay healthy, Horvath said. They tend to lose their appetite either because of the cancer itself or their chemotherapy and radiation treatments.

“If you present them with food, they become nauseated. In that case, it seems there is an extreme satiety propagated by these neurons,” he said. “If you could flip that with cannabinoids and increase appetite, that would make a huge difference in the outcome of these patients.”

The beta-endorphin hormones released by the POMC neurons under the influence of marijuana also might help explain why people get high from pot, Horvath said. If that’s the case, he added, then the munchies might be inextricably linked to pot’s intoxicating effects.