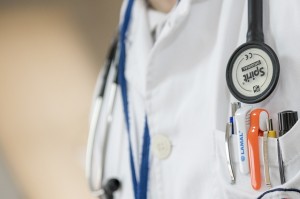 WEDNESDAY, Feb. 18, 2015 (HealthDay News) — Fear of discrimination is a major reason why about one-third of lesbian, gay, bisexual and transgender (LGBT) medical students stay “in the closet,” new research finds.

The study included almost 1,000 LGBT respondents who answered an online survey. The survey was sent to every medical student in the United States and Canada during the 2009-2010 academic year. Thirty percent of those who said they were LGBT said they didn’t reveal their sexual identity in medical school.

Fear of discrimination was the main reason why 40 percent of them said they kept their sexual identity secret. Other reasons cited included a lack of support from family or peers, social pressure and the belief that it was nobody’s business, the Stanford University School of Medicine researchers found.

“Fear of discrimination was the most common theme, discrimination from peers, from your evaluators and faculty members, also from patients,” study author Matthew Mansh, a fourth-year medical student, said in a university news release.

The researchers also found two-thirds of students who identified themselves as something other than male or female concealed their gender identity at medical school.

Mansh, who’s been openly gay since he was 17, noted, “There were definitely times, more so during my clinical years, when I didn’t go out of my way to let people know I was gay for reasons similar to some of the reasons the medical students in the survey gave.”

“A lot of grading in medical school is very subjective. I have met physicians who make sexist or homophobic remarks, and it makes you not want to come out. You don’t want your personal identity to affect your grade,” he added.

The study was published online Feb. 18 in the journal Academic Medicine.

“There is still this huge percentage of medical students who are afraid of discrimination in medical school and how it could affect the rest of their careers,” study co-author Dr. Mitchell Lunn, co-founder of the Stanford Lesbian, Gay, Bisexual & Transgender Medical Education Research Group, said in the news release.

“We are supposed to be a field that is accepting of people and one that takes care of people regardless of differences, and yet we can’t even do that for people who are part of our own community,” Lunn noted.

Doctors need to lead the way in encouraging more diversity and inclusion in medicine, the study authors suggested.