Breaking News
Home / Featured / Teenagers Do Not Get Enough Sleep

Teenagers Do Not Get Enough Sleep 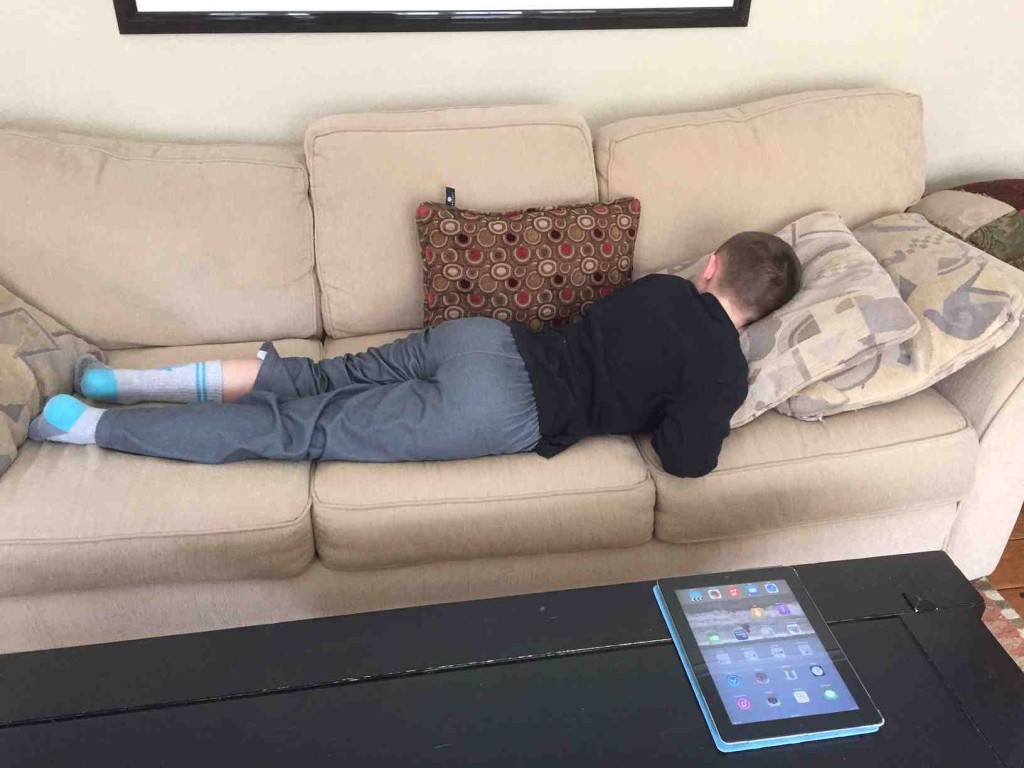 MONDAY, Feb. 16, 2015 (HealthDay News) — American teens don’t get enough sleep, and the problem has only gotten worse since the 1990s, new research shows.

Just 63 percent of 15-year-olds reported getting seven or more hours of sleep a night in 2012. That number is down from 72 percent in 1991, according to the study.

Regardless of the time period studied, the number of teens reporting seven or more hours of sleep nosedives between the ages of 13 and 18, the study showed. At 13, roughly two-thirds of teens get at least seven hours of sleep a night; by 18 that percentage drops to about one-third.

“After age 16, the majority are not meeting the recommended guidelines,” said study author Katherine Keyes, an assistant professor of epidemiology at Columbia University’s Mailman School of Public Health in New York City.

Sleep experts have noted that too little sleep boosts the risk of weight gain, poor school performance, depression and other problems.

The study is published online Feb. 16 in Pediatrics.

For the study, researchers from Columbia University looked at sleep data from a national survey of more than 270,000 teens from 1991 to 2012. Each year, teens reported how often they got seven or more hours of sleep, as well as how often they got less sleep than they need.

The most recent recommendation from the National Sleep Foundation says teens aged 14 to 17 need eight to 10 hours a night and people aged 18 to 25 need seven to nine hours.

The largest declines in those getting enough sleep occurred between 1991 through 2000; then the problem plateaued, Keyes said.

The researchers also found gender differences in sleep. “Girls are less likely to get an adequate amount of sleep compared to boys,” she said.

One worrisome finding, she said, was that some teens who weren’t getting enough sleep often thought their sleep duration was fine.

Keyes did not have access to information about the teens’ use of electronic media, a factor often blamed for lack of sleep as teens text, check social media, play video games and work on laptops late into the night. However, that might be a factor, she said.

“On an individual level, excessive use of technology may impair an adolescent’s ability to sleep,” Keyes said.

Deray said that while this study didn’t offer information about whether electronic use is to blame for teens’ lack of sleep, an American Academy of Pediatrics report in 2014 cited technology, along with caffeine use and other habits, as contributing factors in teen sleep deprivation. Deray said instructing teens to stop all electronic media use by at least an hour before bed might help.

Another issue? Early school start times can play havoc with teens’ sleep, according to Deray.

Like some other experts, Deray said later school start times — even an hour later — could help teens get more sleep. Teens naturally go to sleep later, he said, due to their sleep cycles and the release of the hormone melatonin. “When we fall asleep, melatonin goes up. Teens make it later, so they tend to be night owls,” Deray said.

Left alone, he said, teens would go to sleep later and get up later. Starting school an hour later, for instance at 8:30 a.m., is an approach favored by the American Academy of Pediatrics and would likely help, he added.

Lack of sleep is linked with many other health problems for teens, he said, including obesity, car accidents, depression and a drop in school performance.

Parents of teens can educate their children about not overscheduling, limiting caffeine before bed and having a bedtime routine, just as they did when they were younger, Keyes said.

Deray said teens can also try to get up by 9 a.m. on the weekend and to expose themselves to sunlight in the morning, helping to make them sleepier earlier at night.