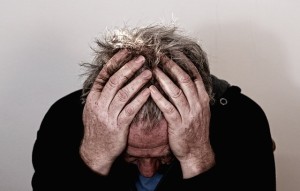 Chronic fatigue syndrome, a debilitating illness affecting up to 2.5 million Americans, may soon get a new name and set of diagnostic criteria.

In a report released Tuesday, an independent panel of experts convened by the U.S. government called the illness a “legitimate” disease that features five main symptoms and should be taken seriously by physicians.

In fact, the Institute of Medicine (IOM) committee behind the report is urging that chronic fatigue syndrome be renamed “Systemic Exertion Intolerance Disease,” to better reflect the seriousness of its effect on patients.

The new report could prove a watershed moment following years of struggle for people with myalgic encephalomyelitis/chronic fatigue syndrome (ME/CFS), who often have had to fight to convince doctors that something was truly wrong with them, said Suzanne Vernon, scientific director of the Solve ME/CFS Initiative.

“I believe we are at a tipping point for people suffering from ME/CFS, where we are going to be able to get people diagnosed, and with that diagnosis comes the ability for us to really lay the groundwork for much more effective treatment for ME/CFS,” Vernon said.

“In its most severe form, this disease can consume the lives of those whom it afflicts,” the IOM panel said in a news release. “It is ‘real.’ It is not appropriate to dismiss these patients by saying, ‘I am chronically fatigued, too.’ ”

Chronic fatigue syndrome is also extremely difficult to diagnose. There are no tests for it, and other illnesses can cause similar symptoms, according to the U.S. National Institutes of Health. Diagnosis often is a process of elimination, with a person’s doctor ruling out a number of other possible illnesses before suspecting CFS.

Until now, doctors have had to rely on a case definition of chronic fatigue syndrome created in 1994 that was intended mainly to help researchers get a better handle on what at the time had not been conclusively determined to be an actual illness, Vernon said.

But the new IOM report lays out new diagnostic criteria to help streamline the process. According to the new report, people suffering from chronic fatigue syndrome suffer three core symptoms:

To diagnose someone with chronic fatigue syndrome, a physician also must find the person is suffering from one of two additional problems:

A diagnosis also depends on these symptoms persisting for at least six months, and they must present at least half the time with moderate to severe intensity, the IOM panel concluded.

IOM committee chair Dr. Ellen Wright Clayton, a professor of law and pediatrics at Vanderbilt University in Nashville, said she hopes the new criteria will make it easier for people with chronic fatigue syndrome to have their illness taken seriously.

Any doctor can use these new criteria to diagnose CFS in patients, she noted during a news conference Tuesday.

“We think this disease can and should be diagnosed by any clinician, not just specialists in this disorder,” Clayton said.

Doctors also should treat symptoms even if the person hasn’t met the six-month timeframe for chronic fatigue syndrome diagnosis, she added.

The IOM committee also recommended that federal regulators develop a toolkit that would help doctors diagnose patients with CFS. In addition, the report said experts should revisit the matter in at least five years, to update diagnostic criteria based on whatever new research emerges in the future.

“We expect and hope more research in the future is going to allow the refinement of this diagnosis,” Clayton said. “This is not a figment of their [patients’] imagination. This is an all-too-common, complex disease that needs to be diagnosed.”

Between 836,000 and 2.5 million Americans suffer from chronic fatigue syndrome, and an estimated 84 percent to 91 percent of people with the disorder are not diagnosed, according to the IOM. Chronic fatigue syndrome tends to strike people in their 40s and 50s, and occurs four times more often in women than men.

The disease’s symptoms can be treated, even though a cure does not exist and its cause remains unknown. In 2014, doctors linked chronic fatigue syndrome to inflammation of the nerve cells of the brain, and some now believe people with the syndrome are fatigued because something has gone wrong with their immune response.

Chris Fraker developed chronic fatigue syndrome in 2009. He also has type 1 diabetes, a disease caused by a faulty immune system, according to the U.S. National Institute of Diabetes and Digestive and Kidney Diseases.

Fraker currently is on vitamin therapy and taking antiviral drugs, but said he still feels the effects of CFS.

“When you’re having a crash, it’s like the worst type of fatigue you could ever feel. If you’re holding up a cellphone, your arm feels like you’ve been using weights for hours even though you’ve only been holding it for five minutes,” said Fraker, 44, of Miami.

Before chronic fatigue syndrome, he noted, “I could run up a flight of stairs and be a little winded but otherwise fine. Now when I do it I feel like I’m on the edge of collapse. You feel like you’ve been hit by a train.”

The IOM produced this study with funding provided by the Office on Women’s Health, at the U.S. Department of Health and Human Services.

The direct and indirect economic costs of CFS to society have been estimated at $17 billion to $24 billion annually, $9.1 billion of which has been attributed to lost household and job productivity, the IOM reported.