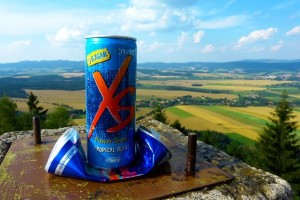 Yale University researchers looked at more than 1,600 students at middle schools in one urban school district in Connecticut. Their average age was around 12 years.

Children who consumed energy drinks were 66 percent more likely to be at risk for hyperactivity and inattention symptoms, according to the study in the current issue of the journal Academic Pediatrics.

Energy drinks have high levels of sugar and also often contain caffeine, the researchers noted. For the study, the investigators took into account the number and type of other sugar-sweetened drinks consumed by the students.

“As the total number of sugar-sweetened beverages increased, so too did risk for hyperactivity and inattention symptoms among our middle-school students. Importantly, it appears that energy drinks are driving this association,” study leader Jeannette Ickovics, a professor in the School of Public Health, said in a Yale news release.

“Our results support the American Academy of Pediatrics recommendation that parents should limit consumption of sweetened beverages and that children should not consume any energy drinks,” she added.

The students in this study drank an average of two sugary drinks a day. The number of daily sugary drinks ranged from none to as many as seven or more such drinks. Some sugar-sweetened beverages and energy drinks contain up to 40 grams of sugar each. Depending on how old they are, children should only have about 21 to 33 grams of sugar a day, according to the researchers.

Along with causing problems such as hyperactivity and inattention, sugary drinks increase children’s risk of obesity, Ickovics noted. About one-third of American children are overweight or obese, according to the latest estimates from the U.S. Centers for Disease Control and Prevention.

Efforts by HealthDay to reach out to the beverage industry for comment were unsuccessful.