‘Survival of the Fittest’ Still Key in Human Evolution 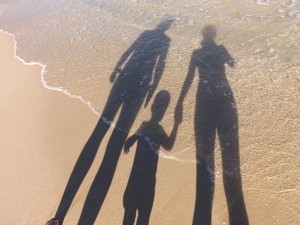 THURSDAY, Feb. 5, 2015 (HealthDay News) — Natural selection still drives human evolution even though overall death and birth rates are lower than at any time in history, a new study suggests.

Researchers analyzed data from Finland to assess how modern influences such as medical advances and easy access to birth control affect natural selection, also called survival of the fittest.

From the 1860s to the 1940s, the proportion of babies who survived to adulthood rose from 67 percent to 94 percent. During that same period, the number of children that families had fell from an average of 5 to 1.6.

Despite modern influences, genetic differences between people continue to drive human evolution, said the researchers at the University of Sheffield in England.

In the 18th and 19th centuries, genes influenced 4 percent to 18 percent of the variation between individuals in life span, family size and ages at first and last birth, while the remainder of variation was affected by differences in people’s environments, the study authors said.

“This is exciting because if genes affected differences between individuals in these traits, it means they could also change in response to natural selection,” researcher Elisabeth Bolund said in a university news release.

“But we know that the environment has changed rapidly and dramatically, so we investigated the genetic basis of such complex traits and their ability to continue changing through evolution,” she explained.

The researchers said that genetic influences on family size and timing has tended to be higher in recent times. This finding shows that modern people still respond to natural selection and that genetic differences between people continue to drive evolution, according to the study’s authors.

The study was published online Feb. 5 in the journal Evolution.

“It is possible that we in modern societies have more individual freedom to express our genetic predispositions because social and normative influences are more relaxed, and this leads to the genetic differences among us explaining more of the reproductive patterns,” Bolund said.

“Our results can help us when we want to predict population responses in the face of global challenges such as prevailing epidemics, aging populations and decreasing fertility,” she added.

The Smithsonian National Museum of Natural History has more about human evolution.