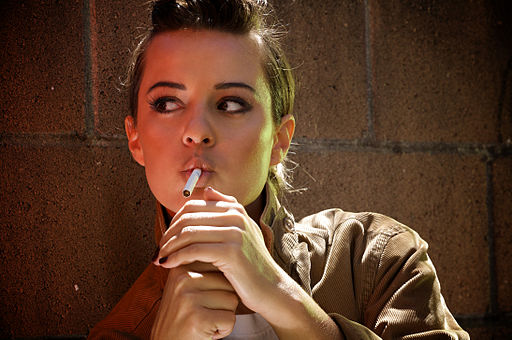 The disease is almost always caused by smoking, said lead researcher Lindsey Torre, an epidemiologist at the American Cancer Society. “But it takes about two to three decades to see lung cancer deaths due to smoking, because lung cancer does take a long time to develop,” she said.

“The lung cancer deaths we are seeing today really have to do with smoking trends we saw in the 1970s, when women really started to pick up smoking,” Torre said.

“In many developed countries breast cancer death rates have been stable or decreasing for the past couple of decades, which is due to early detection and improved treatments,” said Torre.

At the same time, lung cancer death rates worldwide have continued to increase. However, in the United States, the death rate from lung cancer has leveled off, she added.

Torre expects that as smoking rates among women decline, lung cancer rates in developed countries will also decline over the next 30 years.

The report on worldwide cancer incidence was prepared with data from the International Agency for Research on Cancer and published online Feb. 4 in CA: A Cancer Journal for Clinicians.

One U.S. cancer expert said he wasn’t surprised by the findings.

“We have known that lung cancer is the leading cause of cancer death among women in the United States for a long time,” said Dr. Norman Edelman, senior consultant for scientific affairs at the American Lung Association.

This study shows this is true of all the wealthy countries, not just the United States, he said.

In 2012, an estimated 14.1 million new cancer cases and 8.2 million cancer deaths occurred worldwide, according to the report.

Developing countries already have a high burden of cancers related to infection, including cancers of the liver, stomach and cervix, the researchers pointed out.

As developing countries take on a more Western lifestyle, cancers that were once rare are becoming more common, the researchers said. Breast, lung and colon cancers are also increasing.

In more developed countries, prostate and breast cancer are the most often diagnosed cancers, and lung cancer is the leading cause of cancer deaths for men and women, the report said.

In both developing and developed countries, colon cancer has become a frequent cause of cancer deaths, the researchers found.

Cancer is an enormous burden in developed and developing countries, the researchers said. Cancer cases increase as the population ages because of the increasing prevalence of risk factors such as smoking, being overweight, physical inactivity and changing reproductive patterns, they explained.

“A coordinated and intensified response from all sectors of society, including governments, civil society, the private sector, and individuals, is required to seize control of the growing burden of cancer,” the researchers said in an American Cancer Society news release.

Many cancers can be prevented, they noted. Smoking cessation programs can help thwart lung cancer and cancers of the mouth and throat, while vaccinations help guard against liver and cervical cancer.

Also, early diagnosis, increased physical activity and healthful diets can go a long way to reducing cancers around the globe. For those who do develop cancer, better treatments and end-of-life care can reduce their suffering, the researchers added.

For more about lung cancer, visit the American Cancer Society.