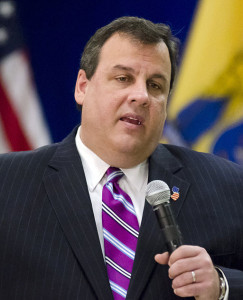 New Jersey Gov. Chris Christie has inserted himself into a vaccination conversation on the heels of the measles outbreak that began last month at Disneyland in California.

Christie is in the United Kingdom where he visited MedImmune, a biologics company in Cambridge that makes the nasal flu vaccine FluMist. After touring the facility, Christie said that parents “need to have some measure of choice” regarding vaccinating their children against the measles virus.

On Monday, President Obama told NBC News that “the science is, you know, pretty indisputable,” referring to the 95 percent effectiveness rate of the MMR vaccine. “You should get your kids vaccinated.”

In response to the President’s comments, Christie noted that his wife, “Mary Pat and I have had our children vaccinated and we think that it’s an important part of being sure we protect their health and the public health.” But then he added,”I also understand that parents need to have some measure of choice in things as well, so that’s the balance that the government has to decide.”

It’s a dangerous tactic for a likely Republican presidential candidate to endorse the concept of “choice” into a health care debate, particularly in regard to a topic that has been medically proven to be effective.

The debate is a result of a small group of anti-vaccine supporters who believe the MMR vaccine leads to autism in children.  The theory was first posed in 1998 by British physician Andrew Wakefield, who suggested that the vaccine could alter the immune systems in children and result in autism.  Wakefield’s research was determined to be false, the publishing journal retracted the article, and Wakefield was stripped of his medical license.

However, a small group of dissenters who desperately want to blame someone or something for their children’s autism diagnosis still believe Wakefield’s theory.

Christie was quickly criticized for his comments and his office released a statement clarifying his view: “The Governor believes vaccines are an important public health protection and with a disease like measles there is no question kids should be vaccinated,” read the statement. “At the same time different states require different degrees of vaccination, which is why he was calling for balance in which ones government should mandate.”

The Centers for Disease Control and Prevention updated their totals Monday to 102 people in 14 states currently infected with measles from the initial Disneyland contact.  Health officials say that a vaccination rate of 95 percent is needed to effectively protect a community against an outbreak.

“If you have not been immunized against measles and come near an infected person, you have a 90 percent chance of getting measles,” said Sandra G. Hassink, MD, President of the American Academy of Pediatrics. “The fact that this disease has resurfaced for the first time in more than a decade has prompted pediatricians to reiterate the same recommendation to parents that we’ve made for decades with renewed urgency: Vaccines work.”

Photo by By Bob Jagendorf via Wikimedia Commons. 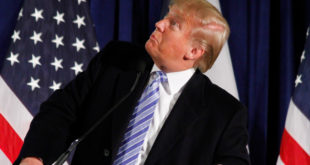 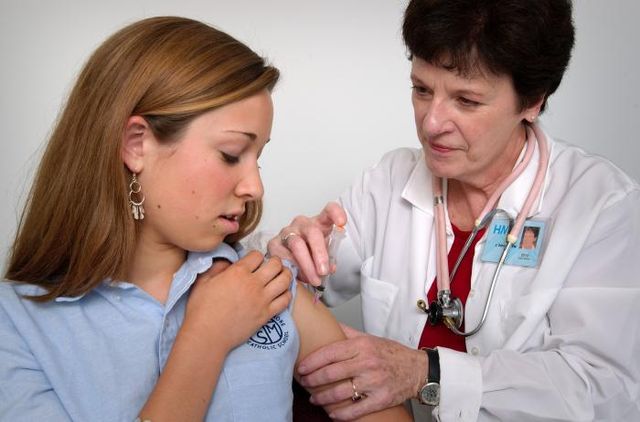