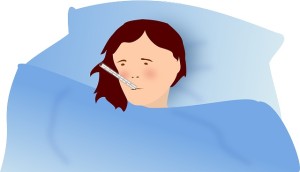 FRIDAY, Jan. 30, 2015 (HealthDay News) — A review of the data suggests that the antiviral drug Tamiflu shortens the length of flu symptoms by about a day, and reduces the risk of flu-related complications such as pneumonia.

The findings come from an analysis of nine published and unpublished randomized clinical trials of Tamiflu (oseltamivir) in adults. The data was provided to the researchers by Tamiflu’s maker, Roche.

The studies compared the effectiveness of the licensed 75-milligram dose of Tamiflu against a placebo in more than 4,300 adults who had the flu between 1997 and 2001.

In patients with laboratory-confirmed flu, Tamiflu shorted the length of flu symptoms by 21 percent compared with the placebo, shortening the average flu bout from about five days to four.

One expert said the study was important.

“This type of confirmatory data is great to see,” said Victoria Richards, associate professor of medical sciences at the Frank H. Netter MD School of Medicine at Quinnipiac University in Hamden, Conn.

“It has often been stated that Tamiflu reduces the length of the flu, but to have more data, especially independent data, to back up the statement is critical for appropriate prescribing and usage,” she said. “Moreover, reducing the risk of bacterial infections is encouraging.”

The study, published online Jan. 29 in The Lancet, was funded by the Multiparty Group for Advice on Science foundation, an independent panel of experts.

Tamiflu’s safety and effectiveness “has been hotly debated, with some researchers claiming there is little evidence that [Tamiflu] works,” study co-leader Arnold Monto, professor of epidemiology at the University of Michigan School of Public Health, noted in a journal news release.

But the new data review gives “compelling evidence” the drug does reduce flu duration while preventing complications, he said. However, “whether the magnitude of these benefits outweigh the harms of nausea and vomiting needs careful consideration,” Monto added.

Dr. Ambreen Khalil is an infectious disease specialist at Staten Island University Hospital in New York City. She said that any drug that can ease a bout of flu is welcome because “symptoms associated with influenza can be severe, and influenza infection predisposes some people to develop secondary infections such as pneumonia.”

Khalil said that testing patients to quickly confirm influenza is also key and can “help limit the use of Tamiflu to those who have confirmed diagnosis.”

The U.S. Centers for Disease Control and Prevention has more about flu antiviral drugs.