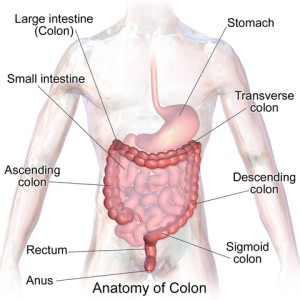 FRIDAY, Jan. 30, 2015 (HealthDay News) — Although the overall rate of colon cancer has fallen in recent decades, new research suggests that over the last 20 years the disease has been increasing among young and early middle-aged American adults.

At issue are colon cancer rates among men and women between the ages of 20 and 49, a group that generally isn’t covered by public health guidelines.

“This is real,” said study co-author Jason Zell, an assistant professor in the departments of medicine and epidemiology at the University of California, Irvine.

“Multiple research organizations have shown that colon cancer is rising in those under 50, and our study found the same, particularly among very young adults,” he said. “Which means that the epidemiology of this disease is changing, even if the absolute risk among young adults is still very low.”

Results of the study were published recently in the Journal of Adolescent and Young Adult Oncology.

The study authors noted that more than 90 percent of those with colon cancer are 50 and older. Most Americans (those with no family history or heightened risk profile) are advised to start screening at age 50.

Despite remaining the third most common cancer in the United States (and the number two cause of cancer deaths), a steady rise in screening rates has appeared to be the main driving force behind a decades-long plummet in overall colon cancer rates, according to background information in the study.

An analysis of U.S. National Cancer Institute data, published last November in JAMA Surgery, indicated that, as a whole, colon cancer rates had fallen by roughly 1 percent every year between 1975 and 2010.

But, that study also revealed that during the same time period, the rate among people aged 20 to 34 had actually gone up by 2 percent annually, while those between 35 and 49 had seen a half-percent yearly uptick.

To examine that trend, the current study focused on data collected by the California Cancer Registry. This registry included information on nearly 232,000 colon cancer cases diagnosed between 1988 and 2009. Half the cases were in men, and over 70 percent occurred in whites.

By contrast, both males and females in their 50s, 60s and 70s, saw a decrease in their colon cancer rates during the study period.

“We’re not saying the proportion is shifting,” Zell stressed. “Most colon cancer is still happening to older people. But I do think we need to do a much better job at early-age detection. Because another thing we observed is that those young adults who get colon cancer have a higher stage of cancer at diagnosis. And that has terrible implications when we look at survival.”

But what exactly is driving the trend?

“That’s the 20-million-dollar question right there,” said Zell, who acknowledged that there is no simple explanation at hand. “But what I can say is that we need more awareness of the trend among both patients and doctors. Because at this point, key symptoms among young adults, like blood in the stool, weight loss or other complaints, are often ignored.”

“Because the actual risk among young people is still quite low, I don’t think by any means that these findings suggest that we need to change what we do in clinical practice,” he said. “But because we don’t really know why this is happening, we have to stop and consider a range of different possibilities. And really think critically about what is it about our lifestyle or environment that may be responsible of this increase in incidence.”

There’s more on colon cancer at the American Cancer Society. 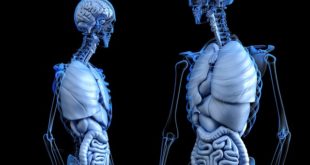 Doctor Who Does Your Colonoscopy Makes A Difference