Arizona Officials Say Nearly 1,000 People May Have Been Exposed to Measles 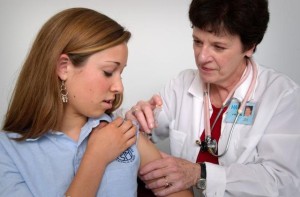 THURSDAY, Jan. 29, 2015 (HealthDay News) — In a development that could dramatically widen the scope of a measles outbreak that began last month at Disney parks in California, Arizona health officials said Wednesday that up to 1,000 people in that state may have been exposed to the highly infectious disease.

Included in that number are an estimated 200 children who could have been exposed to the measles virus after an infected woman recently visited a Phoenix health clinic. The woman had been in contact with a family that had traveled to Disneyland, and although she did not have the telltale signs of measles when she went to the clinic, her infection was confirmed Tuesday, Arizona health officials told the Associated Press.

Maricopa County Health Director Bob England would not say whether the woman had ever been vaccinated against measles, the AP reported.

“Unfortunately, she came down with the disease and by the time it was recognized had already exposed a large number of children at the facility,” he told the wire service.

Arizona Health Services Director Will Humble said it’s possible, but unlikely, that the number of cases in that state can be contained to seven. Still, anyone who has not been vaccinated has been asked to stay home for 21 days or wear masks if they have to go out in public.

“To stay in your house for 21 days is hard,” Humble said. “But we need people to follow those recommendations, because all it takes is a quick trip to the Costco before you’re ill and, ‘bam,’ you’ve just exposed a few hundred people. We’re at a real critical juncture with the outbreak.”

Arizona health officials don’t know how many of the children at the Phoenix clinic were vaccinated against measles. They are working to notify the families of children who went there either Jan. 20 or Jan. 21, the AP reported.

The possible exposure rate of 1,000 is based on the number of people who may have come in contact with the 195 children who health officials think visited the clinic on those two days, USA Today reported.

Arizona is now second to California in the number of cases. Measles has also been confirmed in five other states — Utah, Washington, Colorado, Oregon and Nebraska — as well as Mexico.

The total number of measles cases linked to the outbreak now stands at 95, with 79 of those cases reported in California, state health officials there reported Wednesday.

So far, most of the people infected hadn’t gotten the measles-mumps-rubella — or MMR — vaccine, officials said.

The outbreak is occurring 15 years after measles was declared eliminated in the United States. But the new outbreak illustrates how quickly a resurgence of the disease can occur.

“This outbreak is occurring because a critical number of people are choosing not to vaccinate their children,” said Dr. Paul Offit, director of the Vaccine Education Center and an attending physician at The Children’s Hospital of Philadelphia’s Division of Infectious Diseases.

“Parents are not scared of the disease” because they’ve never seen it, Offit said. “And, to a lesser extent, they have these unfounded concerns about vaccines. But the big reason is they don’t fear the disease.”

The American Academy of Pediatrics recommended last week that all parents vaccinate their children against measles.

The United States declared measles eliminated from the country in 2000. This meant the disease was no longer native to the United States. The country was able to eliminate measles because of effective vaccination programs and a public health system for detecting and responding to measles cases and outbreaks, according to the U.S. Centers for Disease Control and Prevention.

But in the intervening years, a small but growing number of parents have chosen not to have their children vaccinated, due largely to what experts call mistaken fears about childhood vaccines.

The most common side effects of the MMR vaccine are a fever and occasionally a mild rash. Some children may experience seizures from the fever, but experts say these seizures have no long-term negative effects.

Serious complications from measles can include pneumonia and encephalitis, which can lead to long-term deafness or brain damage. An estimated one in 5,000 cases will result in death, according to Offit.

Visit the U.S. Centers for Disease Control and Prevention for more on the measles. 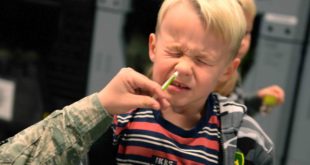