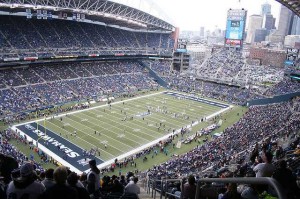 TUESDAY, Jan. 27, 2015 (HealthDay News) — Concussions may damage areas of the brain related to memory in National Football League players. And that damage might linger long after the players leave the sport, according to a small study.

“We’re hoping that our findings are going to further inform the game,” Dr. Jennifer Coughlin, an assistant professor of psychiatry and behavioral sciences at Johns Hopkins University School of Medicine in Baltimore, said in a university news release.

“That may mean individuals are able to make more educated decisions about whether they’re susceptible to brain injury, advise how helmets are structured or inform guidelines for the game to better protect players,” she explained.

The study included nine former NFL players, ages 57 to 74. The number of concussions they suffered while playing varied from none to 40. The study also included a control group of nine adults with no history of concussion.

Sophisticated PET scans revealed signs of damage in a number of areas of the former football players’ brains, including a region that regulates mood and one linked to verbal memory. MRI scans also showed that the hippocampus, an area involved in several aspects of memory, was smaller in the former football players’ brains than it was in the brains of those in the control group.

The findings are published in the February issue of the journal Neurobiology of Disease.

Many of the former football players also scored low on memory tests, particularly those used to assess verbal learning and memory.

While it’s a small study, the findings suggest that molecular and structural changes occur in certain brain regions of athletes who’ve suffered numerous hits to the head, even years after they stopped playing, the researchers said.

However, the findings only to point to an association between repeated concussions and long-term loss of memory, not a cause-and-effect relationship.

The researchers added that if the findings are confirmed in larger studies, they could lead to changes in the way players are treated after a concussion, or how contact sports are played.

The American Academy of Family Physicians has more about concussion.

concussions memory loss national football league NFL 2015-01-27
Physicians News
Share
Previous Physicians Under Pressure To Sell Practices: How to Remain Independent
Next Learning About Hospice Should Begin Long Before You Are Sick