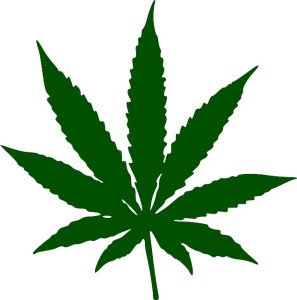 MONDAY, Jan. 26, 2015 (HealthDay News) — Marijuana shouldn’t be legalized because of the potential harm it can cause children and teens, the American Academy of Pediatrics says.

However, the group’s updated policy statement does support the compassionate use of marijuana for children with debilitating or terminal illnesses.

The academy supports decriminalizing marijuana, which means offenses would result in civil penalties or lesser criminal charges than they currently carry. But, the AAP recommends this be done in conjunction with programs to prevent marijuana use and provide early treatment for teens with marijuana use problems.

The statement also includes steps to protect children in states that have legalized marijuana for recreational or medicinal use.

The AAP policy statement was published online Jan. 26 in Pediatrics.

“We know marijuana can be very harmful to adolescent health and development,” Dr. Seth Ammerman, a member of the AAP Committee on Substance Abuse and an author of the policy statement, said in an academy news release.

“Making it more available to adults — even if restrictions are in place — will increase the access for teens. Just the campaigns to legalize marijuana can have the effect of persuading adolescents that marijuana is not dangerous, which can have a devastating impact on their lifelong health and development,” Ammerman said.

In teens, marijuana can cause memory and concentration problems that may lead to difficulties in school. Also, the drug can impair motor control, coordination and judgment, leading to an increased risk of accidental injury and death, according to the AAP.

What’s more, the AAP pointed out that regular use of marijuana can lead to poorer lung health, psychological problems and a greater chance of drug dependence in adulthood.

“It is true we do not yet have data documenting changes to child health in response to the legalization of marijuana in Washington and Colorado, though there have been reports of child ingestion and injuries,” Dr. Sharon Levy, chair of the AAP Committee on Substance Abuse, said in the news release.

“It took several generations, millions of lives and billions of dollars to establish the harms of tobacco use on health, even though these harms are overwhelming. We should not consider marijuana ‘innocent until proven guilty,’ given what we already know about the harms to adolescents,” Levy said.

The U.S. National Institute on Drug Abuse has more about marijuana.