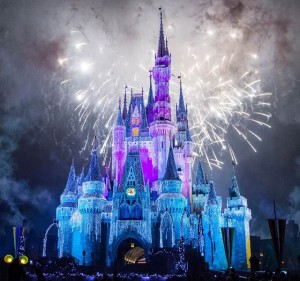 The measles outbreak that began at Disneyland in Anaheim, California has now affected more than 78 people across six different U.S. states. The nation’s premier group of pediatricians is urging parents who have not already done so to vaccinate their children.

According to the American Academy of Pediatrics (AAP), measles is a highly contagious respiratory disease that spreads easily through the air or on infected surfaces. It causes rash, high fever, cough, runny nose and red watery eyes;people who are infected with measles can spread the virus up to four days before they develop symptoms. In rare cases it can cause encephalitis that can lead to deafness or mental retardation. Of every 1,000 people who get measles, 1 to 2 will die.

“A family vacation to an amusement park – or a trip to the grocery store, a football game or school – should not result in children becoming sickened by an almost 100 percent preventable disease,” said AAP Executive Director Errol R. Alden, MD, FAAP. “We are fortunate to have an incredibly effective tool that can prevent our children from suffering.”

Prior to the introduction of the measles vaccine in 1963, approximately 3 to 4 million people in the U.S. were infected each year. The annual results of the disease included an estimated 400 to 500 deaths, 48,000 hospitalized, and 4,000 suffered encephalitis (swelling of the brain), according to the CDC.

Widespread vaccination against measles began in 1968, and the disease was declared eliminated from the U.S. in 2000.

While the vaccination rate in the U.S. ranges between 90 – 95 percent, there are groups of vaccine-deniers that have, not coincidentally, seen small outbreaks in recent years.

Such deniers “tend to cluster in location, with many unvaccinated children living in close proximity to others, creating anti-vaccine communities with high susceptibility to measles and other vaccine-preventable diseases,” according to Slate’s Tara C. Smith, an associate professor of epidemiology at Kent State. “This is where we see explosive outbreaks, such as the 2014 measles outbreak in Ohio’s Amish community.”

Most of the people currently affected by the measles outbreak are in California, which also has large clusters of vaccine deniers including East Bay (10.2 percent refusal rate); northeastern San Francisco (7.4 percent); and Marin county (6.6 percent refusal). By comparison, the vaccine refusal rate outside these communities is 2.6 percent, according to a study published in the journal Pediatrics.

The AAP, the Centers for Disease Control and Prevention, and the American Academy of Family Physicians all recommend children receive the measles, mumps and rubella (MMR) vaccine at age 12-15 months, and again at 4-6 years. High immunization rates in a community will protect those who cannot be vaccinated, including infants under 12 months of age. These infants are at the highest risk of serious illness, hospitalization and death due to measles.

“Vaccines are one of the most important ways parents can protect their children from very real diseases that exist in our world,” Dr. Alden said. “The measles vaccine is safe and effective.”