Docs Work Up To 80 Hours Per Week 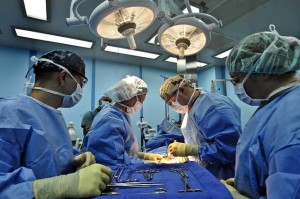 MONDAY, Jan. 19, 2015 (HealthDay News) — Physicians work long hours, with most working 40 to 60 hours per week and a considerable proportion working 61 to 80 or more hours per week, according to a report published by the American Medical Association (AMA).

The report findings indicate that most physicians work 40 to 60 hours per week and that 23 percent work 61 to 80 or more hours per week.

“An AMA-RAND study released last fall revealed that physicians who feel overworked, overscrutinized, or overburdened with unfulfilling tasks can suffer continually from a growing sense that they are neglecting the professional priorities that really matter — their patients,” according to the report.