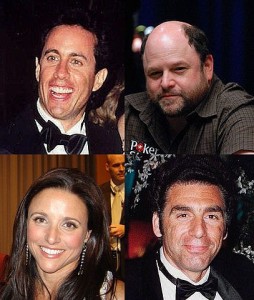 Not that there’s anything wrong with that.

Psy-feld, a course at Rutgers-Robert Wood Johnson Medical School in New Jersey, is taught by Anthony Tobia, MD in the Department of Psychiatry.  Third and fourth year med students participate in the didactic program, which includes beginning morning rounds with a discussion of the psychopathology exhibited in the previous night’s episode of Seinfeld.

“You have a very diverse group of personality traits that are maladaptive on the individual level,” Dr. Tobia told NJ.com. “When you get these friends together the dynamic is such that it literally creates a plot: Jerry’s obsessive compulsive traits combined with Kramer’s schizoid traits, with Elaine’s inability to forge meaningful relationships and with George being egocentric.”

Dr. Tobia did his homework before presenting the course to Rutgers officials.  Tobia studied all 180 episodes over a two year period and created a database of teaching points from every episode and nearly every character introduced over the 9 seasons of Seinfeld.

Tobia even published an article based on the behavior of five of Elaine’s boyfriends “who while not afflicted with a psychotic disorder, demonstrate traits that serve to facilitate discussion to review the different subtypes of Delusional Disorder,” according to the abstract of the journal Academic Psychiatry.

But Seinfeld is not the only psychologically impaired entertainment coming out of Hollywood.  Dr. Tobia also instructs 52in52, a year-long didactic course at Rutgers intended to study psychopathology and psychiatry through the use of movies including A Nightmare on Elm Street, Friday the 13th, The Exorcist and The Blair Witch Project.

TV Guide, The Writers Guild of America, Entertainment Weekly, and many other “lists” named agree that Seinfeld is one of the funniest television shows of all time.  But for Dr. Tobia, Psy-feld is a valuable tool for teaching high level psychiatry through the study of a popular and relatable show. 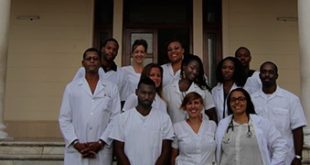