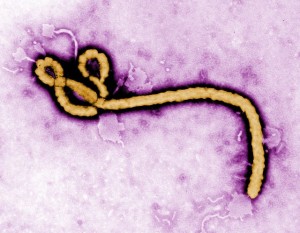 (HealthDay News) — It started as a deadly but little-known outbreak in West Africa, but the lethal and unchecked spread of the Ebola virus dominated U.S. headlines for much of 2014, making it one of the year’s top health news stories.

According to the latest World Health Organization figures, nearly 20,000 reported cases of Ebola — including more than 7,700 deaths — have occurred since the outbreak began earlier this year in Guinea, Liberia and Sierra Leone. By September, the first of 11 cases treated in the United States began to worry Americans, and two cases acquired in the United States — nurses treating an Ebola-infected patient at a Dallas hospital — sparked fears the disease might spread in this country.

Under criticism for what some considered an uneven response to the threat, the U.S. Centers for Disease Control and Prevention in December designated 35 specially equipped hospitals across the United States as Ebola treatment centers.

While the survival rate for patients treated in the United States has been much higher than in West Africa — nine out of 11 patients beat their illness here — the U.S. still faces the potential for more cases to come, experts say.

“As long as Ebola is spreading in West Africa, we must prepare for the possibility of additional cases in the United States,” CDC Director Dr. Tom Frieden said earlier this month.

The other big health story of the year: the continued rollout of the Affordable Care Act (ACA), also known as Obamacare. By the end of the year, the Obama Administration said, 10 million Americans had gained health care coverage, with nearly 2 million new enrollees signing up for coverage for 2015.

But there were some serious bumps along the way. Following withering criticism for the bungled launch of the HealthCare.gov website in 2013, Health and Human Services Secretary Kathleen Sebelius resigned her post in April.

Key judicial battles over Obamacare were won and lost, as well. In June, the U.S. Supreme Court, citing religious objections, ruled that family-owned companies could opt out of a provision of the ACA that would have required them to offer insurance coverage for contraception.

And in July, two federal appeals courts came to opposite rulings on the use of financial subsidies for people who bought health insurance through the federal HealthCare.gov exchange — signaling a possible future showdown on the issue before the Supreme Court. With Republicans winning control of Congress in November, more battles over Obamacare may be yet to come.

Other top health news stories for 2014, as compiled by the editors at HealthDay, included: