Breaking News
Home / Medicine & Business / Physicians Are Overextended, But The Profession Is Thriving

Physicians Are Overextended, But The Profession Is Thriving 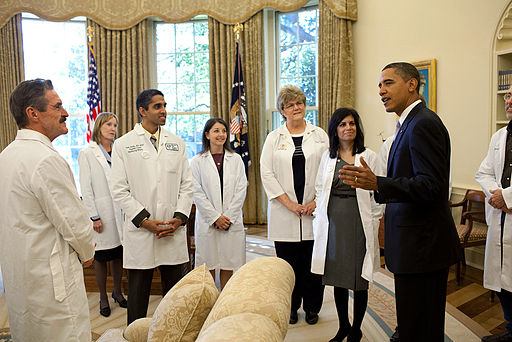 Doctors are overextended and want to see more trained physicians to thwart an impending shortage, according to a new survey.

The Physicians Foundation, a national organization providing grants for medical research, and physicians search firm Merritt Hawkins conducted a survey of over 20,000 doctors to assess the climate of the medical profession.  They found that a “changing of the guard may be taking place among physicians that could lead to a revised view of the profession among physicians as the healthcare system transitions into a new era,” according to the report.

“Regulatory and marketplace forces are having a number of unintended effects, including challenging the viability of smaller medical practices, reducing patient choice and putting tremendous strain on the physician-patient relationship.,” said Lou Goodman, Ph.D., president of The Physicians Foundation and CEO of the Texas Medical Association. “It is paramount that policy makers bring physicians into the fold to ensure the policies they implement are designed to advance the quality of care for America’s patients in 2015 and beyond.”

More than 80 percent of all physicians say they are overextended or at full capacity in regard to time allowed for patient visits and 72 percent of docs believe there will be a shortage and the cap on funding for physician graduate medical education should be lifted.

Over 70 percent of doctors continue to find their profession rewarding with almost 80 percent citing as most satisfying their relationships with patients.

Of the physicians surveyed, 50 percent would recommend medicine as a profession to college students.  So what is the outlook for physician job opportunities?

The Association of American Medical Colleges (AAMC) projects a shortfall of 65,000 primary care docs and 65,000 specialists by 2025. As for salaried specialties, the economics are changing.

“The arc of change in healthcare is bending away from specialists, whose reimbursement has been reduced in many instances by Medicare and other payers in recent years (and whose services are intended to be limited by integrated systems using global payment models, medical homes, and other mechanisms) and toward primary care physicians,” according to the report.

The biggest difference in survey responses came from employment status.  In 2014, just 35 percent of physicians were either practice owners or partners — down from 62 percent in 2008.

The report identified states with the highest number of practicing physicians as California, New York, Texas, Florida and Pennsylvania.