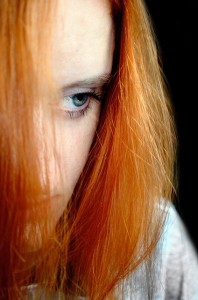 MONDAY, Dec. 22, 2014 (HealthDay News) — Teens are more likely to smoke, drink and use marijuana — and to do so at an earlier age — if their mothers were depressed when the kids were in grade school, a new study says.

These same teens are also more likely to engage in violence and other delinquent behaviors, according to the study, published online Dec. 22 in Pediatrics.

The researchers expected that teens of mothers who were currently depressed would be most likely to engage in risky behaviors “since those children may be missing both the supervision and support that a parent can offer during an emotional time,” said study co-author Ian Colman. He is an associate professor of epidemiology at the University of Ottawa in Canada.

“So we were surprised to see that maternal depression when the child was aged 6 to 10 was actually more strongly associated with those risky health behaviors,” Colman said.

These earlier formative years are when peers begin to have a greater influence on children, who still need their parents’ support and guidance, said social worker Seanna Crosbie, director of program and trauma-informed services at Austin Child Guidance Center in Austin, Texas.

“It is during this stage that children gain approval from parents and teachers by exhibiting competencies and activities that are valued by society,” thereby developing a sense of pride and skills mastery, Crosbie said. “If children do not receive positive feedback and encouragement from their environment, they may develop a sense of low self-esteem and inferiority.”

A depressed parent, Crosbie said, may be unable to provide a child with positive feedback and meet a child’s psychological needs. And that “can likely lead the child to engage in high risk behaviors as they move toward adolescence,” she said.

Every two years, the mothers filled out questionnaires about themselves, their partners and the children’s social environment. The children began filling out their own questionnaires starting at age 10.

The researchers asked the teens what substances they had used and whether they had ever stolen something, carried a weapon, been questioned by police, fought someone, intentionally destroyed something, sold drugs, had sex, attempted suicide or tried to run away, among other risky behaviors.

Approximately 4 percent of the teens’ mothers had experienced depression symptoms when the kids were aged 6 to 10.

Children of those mothers were about twice as likely to start smoking or use marijuana compared to children of mothers with few symptoms of depression throughout the kids’ childhood, the study found.

Even after accounting for gender and family income, the researchers found these teens were also more likely to engage in both violent and nonviolent delinquent behaviors than teens whose mothers were not depressed during their kids’ middle childhood.

The study doesn’t prove that maternal depression led to the risky behaviors, however.

“We may be seeing a combination of genetic and environmental effects in these results,” Colman said. “However, while genetic effects may partly explain an overall association between maternal depression and adolescent risky behavior, they would be unlikely to explain timing-specific effects.”

And while this study did not look at the effects of fathers’ depression, Colman said it’s likely a father’s mental health is also important to a child’s healthy development.

“There is a real lack of solid research on the effects of paternal depression,” he said. “This is largely because mothers are more likely to respond to surveys about their children and are more likely to identify themselves as the primary caregivers for that child.”

Regardless of which parent experiences mental health difficulties, it is important for them to seek help, Crosbie said.

“Being a parent is one of the most challenging jobs on the planet. Parents have multiple demands and responsibilities in life, which can lead to being overstressed and depressed,” Crosbie said.

“Thus, it is important for parents to seek support for themselves, particularly if they are suffering from symptoms of depression, including sleep problems, changes in appetite, feeling hopeless, or suicidal ideation [thinking],” she said. “With intervention, depression can be successfully treated. And seeking treatment is the best thing that a parent can do for the family.”

The U.S. National Institute of Mental Health has more about women and depression.