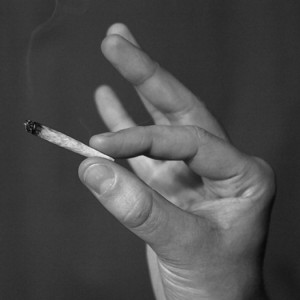 Of more than 330 students in undergraduate and graduate health programs at a public university, 17 percent said they used fake pot at least once in their lifetime, and 3 percent reported recent use, University of Cincinnati researchers found.

Negative effects from using these products included racing heartbeat, nervousness, paranoia, nausea and headaches, according to the study in the Journal of Drug Education.

Females were more likely to first try synthetic marijuana at a younger age than males — 17.8 years versus 18.4 years. Freshmen and sophomores who had tried the substance did so at about age 16 and a half, while juniors, seniors and grad students started using the substance at just under age 19.

“Based on the study’s findings, it appears senior year of high school and the first year of college is the primary time for initiating use of THC,” the researchers wrote. “Perhaps, targeting middle and high school students with education programs on the negative effects of THC is needed to prevent initiation and regular use.”

THC, or tetrahydrocannabinol, is the chemical compound in the cannabis or marijuana plant that causes the “high” effect. Synthetic marijuana is produced with chemicals to mimic the effects of THC.

The U.S. National Institute on Drug Abuse has more about synthetic marijuana.