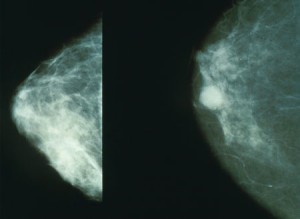 A breast cancer specialist says the findings aren’t a “home run,” but so far the experimental treatments show some promise, especially the pair of drugs for advanced cancer that is estrogen-receptor-positive.

“We’re finding drugs that can delay cancer and hopefully improve survival. And we’re seeing early signs that these drugs can be effective,” said Dr. Debu Tripathy, chair of breast medical oncology at MD Anderson Cancer Center in Houston, Texas, who was not involved in the studies.

The study involving estrogen-receptor-positive cancer represents the second phase of three required before medications can receive approval in the United States.

Study lead author Dr. Ian Krop, director of clinical research with the Breast Oncology Center at Dana-Farber Cancer Institute in Boston, said about 70 percent of women with breast cancer have this type of cancer, in which the hormone estrogen boosts cancer growth. The women were also HER2-negative, meaning the cancer is usually less aggressive than breast cancer known as HER2-positive.

The experimental treatment combines the existing drug fulvestrant (Faslodex) with an experimental drug called pictilisib. The idea is to use the new drug to boost the power of fulvestrant, which can lose effectiveness over time.

Fulvestrant, Krop said, works by blocking estrogen to stem the cancer’s growth. Pictilisib appears to prevent the cancer from evading the effects of fulvestrant, he said.

For the study, postmenopausal women whose cancer had spread were randomly assigned to fulvestrant with a placebo (79 patients) or the two-drug combination (89 patients). The drug combination appeared to only help one group in a statistically significant way — women whose cancer was both estrogen-receptor-positive and progesterone-receptor-positive. They didn’t develop worsening symptoms for 7.2 months on average, compared to 3.7 months for the other patients.

“Further work is needed to figure out exactly who would benefit from drugs like this and exactly how they’d use these drugs,” Krop said. “These data would suggest that we should continue to try to develop these drugs and become smarter about which women should use these drugs.”

Krop said side effects included diarrhea, rash and mild nausea. According to the research team, these are typical for treatment with pictilisib alone.

Krop said it’s not clear if there will be a third stage of research involving this drug combination, although “the field is definitely moving forward with these drugs.”

The study, funded by the drug company Genentech, was scheduled for presentation Wednesday at the San Antonio Breast Cancer Symposium. Data and conclusions presented at meetings are usually considered preliminary until published in a peer-reviewed medical journal.

The other study, also scheduled for presentation at the conference, looked at so-called “triple-negative” breast cancer, which doesn’t respond to hormone treatments. About 15 percent of breast cancer patients have this hard-to-treat cancer, said Tripathy, of MD Anderson Cancer Center.

In this small study, researchers said just 18 percent of 32 patients, all with cancer that had spread, responded to treatment with a drug called pembrolizumab. It’s too early to estimate the length of response since the study — still in the first phase of research for U.S. approval — is continuing.

Several patients experienced serious side effects thought to be drug-related, and one died. The study is funded by the drug company Merck.